In an effort to cut costs and boost profitability, Ericsson is planning to reduce its workforce by up to 25,000 staff, according to sources cited by Swedish newspaper Svenska Dagbladet.

Cuts of that magnitude would affect about 23% of the vendor's total headcount: Ericsson AB (Nasdaq: ERIC) ended June with 109,127 staff, down by about 7,000 from a year earlier. 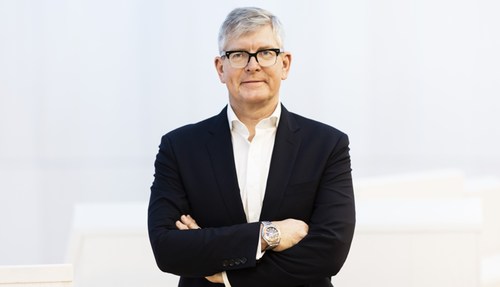 Ericsson CEO Börje Ekholm has some tough decisions to take as he attempts to improve the company's financial health.

According to the sources cited by Svenska Dagbladet, the company's R&D operations in Sweden would not be affected, but the company's managed services unit, which employs about 30,000 staff, and multiple in-country operations across Europe could be hit hard.

It's also possible that the reported target could include any headcount reduction that would come from the sale of the vendor's media solutions business, which supplies broadcasters, media companies and communications service providers with technology for the delivery of multimedia services (primarily video) to all manner of end-user devices. (See Ericsson Moves Closer to Media Business Sale  Report.)

Ericsson responded to the report by noting that it has not yet communicated which parts of its business are going to be affected by the cost-cutting plans. Ericsson's full statement reads:

Ericsson has previously communicated that a key component in the company's focused business strategy is to reduce costs and increase efficiency. In connection with the Q2 report 2017, Ericsson communicated that the company, in light of the current market outlook, will accelerate the planned actions to ensure that the target of doubling the 2016 operating margin beyond 2018 can be met. Actions will be taken primarily in service delivery and common costs, but do not include R&D. The plan is to implement cost savings with an annual run rate effect of at least SEK 10 b. by mid-2018, of which approximately half will be related to common costs.

Ericsson has not communicated which specific units or countries that could be affected. It is too early to talk about specific measures or exclude any country. As Ericsson executes on these plans to save costs, the company will communicate this, and to what extent employees could be affected.

Ericsson's share price is down slightly, by 0.3%, to SEK49.57 on the Stockholm exchange Thursday morning. The vendor's stock has lost about 7.4% of its value since the start of this year.

RubiLean_123poolservice 3/25/2020 | 3:51:47 AM
How sad it is! If that is the case, how can they find a job? It will be difficult for them. People tend to have their job mostly online. Well, if it's that happens now, let me introduce you to our website pool service Woodland Hills which is also very helpful for you to have another job. We have this pool service in Woodland Hills. When you have a swimming pool or a spa, you will enjoy a lot of benefits. This allows you to relax, and unwind and also have some time to exercise. Have our pool service and maintenance now!
Reply | Post Message | MESSAGES LIST | START A BOARD

It will be difficult to find a new job for every one of them.

I believe big companies are not the better way to develop a national economy and preserve employment. It's a question about security : many more little companies can produce the same thing with less risks for every one (but it cost more money).
Reply | Post Message | MESSAGES LIST | START A BOARD