You ever buy something and decide you hated it when you got it home? That seemed what might be going on with Juniper and OpenDaylight. Juniper is a Platinum Sponsor of the SDN organization, but it's kept the relationship at arm's length.

Now, Juniper Networks Inc. (NYSE: JNPR) seems to be warming up to the OpenDaylight Project. Juniper recently named a representative to the project's Technical Steering Committee. And last week it submitted the OpenContrail Plugin to OpenDaylight.

Seemed like a nice-looking outfit until I got it home. Image source: Ian Ransley

Further complicating matters: Juniper has reportedly failed to meet its 10-person commitment to staffing OpenDaylight, and has forbidden employees from working with OpenDaylight capabilities that might conflict with OpenContrail.

"Factually speaking, you haven't seen a ton of activity from Juniper in the OpenDaylight Project," says Jacques. He's encouraged by recent activity from Juniper. "I think there is tremendous potential for Juniper to get more involved in OpenDaylight. I'm going to take the optimistic side. I think and believe they've been thinking along the right lines."

I asked Juniper for comment; its PR department sent back the following statement, attributed to Jennifer Lin, senior director of product management for Juniper and OpenDaylight Board member:

Juniper Networks firmly believes that open source and open standards lead the way to greater levels of innovation, and Juniper continues to actively participate and contribute to key communities associated with SDN including OpenDaylight, ETSI and the Open Networking Foundation. When OpenContrail was released, we made the source code available to the open source community and reinforced our commitment to the OpenDaylight Project. The OpenContrail plug-in proposal is the first step toward that pledge and demonstrates Juniper's ongoing commitment to open, industry collaboration as we deliver on our cloud roadmap.

In addition to Lin, last month Juniper named Kent Watsen as its representative to the OpenDaylight Technical Steering Committee. 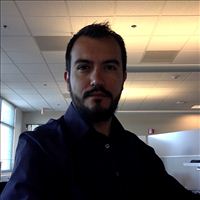 emaganap 4/29/2014 | 12:17:15 PM
neutron plugin for Open Contrail Juniper OpenContrail plugin for Neutron has been rejected by the OpenStack community. It does not covers the unit tests available and its CI (continues Integration) system is not publishing results of the operational tests against the controller. I was wondering the plugin for ODL will be in the same status!!
Reply | Post Message | MESSAGES LIST | START A BOARD

Thanks. It's a good look for me. Helps me stand out at conferences.
Reply | Post Message | MESSAGES LIST | START A BOARD

I would think the plugin is also common to the commercial version of Juniper's SDN controller since that and OpenContrail both have the same code base. Good move because Juniper would obviously want its controllers to work with an ODP controller.

BTW: Really like the outfit "Mitch" is wearing in the picture :-)