Paul Garnett, the leader of Microsoft's Airband initiative, has left the company. Microsoft confirmed to Light Reading the company is "excited to soon announce an outstanding new leader" for its rural broadband expansion program.

Further, a Microsoft spokesperson said the company is now shifting the focus of its Airband program to also target broadband services in urban areas in addition to rural areas. Details remain unclear, but Microsoft officials pointed to a June post by CEO Satya Nadella addressing the company's response to racial injustice. As one of the company's many moves on this issue, Nadella said Microsoft would work on expanding broadband services to people of color in urban areas.

"We will help expand access to broadband and devices for communities of color and the key institutions that support them in major urban centers, by working with carriers, OEMs, our own hardware team, refurbishers, and nonprofits to enrich low-cost broadband access by providing affordable PCs and Microsoft software," Nadella wrote. "We'll work to ensure these services can be put to effective use to improve people's lives, with a focus on telehealth services and educational offerings. Backed by public advocacy, we'll start by focusing on six cities that currently confront the largest urban broadband gaps."

Garnett joined Microsoft more than a decade ago, and during the past five years led the company's Airband Initiative. The initiative officially launched in 2017 with the goal of bringing broadband connectivity to 2 million people in the US by July 2022, a goal the company later raised to 3 million people in the US  and an additional 40 million across the globe  by the same deadline. 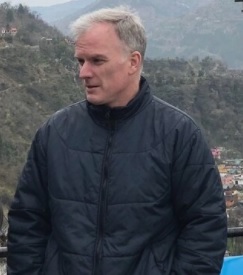 According to Microsoft, its Airband Initiative currently has projects in 25 states and territories, and has so far connected 1.5 million people in the US to the Internet.

Garnett, for his part, announced a month ago his departure from Microsoft and the subsequent launch of his Vernonburg Group consulting firm, which helps "corporate, non-profit, and government clients close the global broadband connectivity gap," he wrote on LinkedIn. "Now more than ever, we believe that affordable broadband access should be a human right."

Garnett said several other executives would work with him at Vernonburg Group, including two from TVWS equipment and services vendor Adaptrum.

Interestingly, Garnett hinted at the potential for additional government funding for rural broadband, partly driven by a pandemic that has forced people to work and school from home.

"I argue that COVID-19 relief and infrastructure legislation should provide funding for the creation of a rural-by-design connectivity technology ecosystem, which would further the complementary goals of reducing the cost of extending broadband networks to unserved and unserved communities across the US, save billions of dollars in universal service subsidies over time, and increase US global competitiveness in markets where most of the world's unconnected people reside," he wrote on LinkedIn.

Garnett also voiced support for an AT&T proposal to use money from Congressional appropriations for rural broadband instead of the current Universal Service Fund, which collects money for rural broadband projects from network operators' existing telecom customers.