In the coming years, thousands of low-Earth orbit (LEO) satellites could be circling the nearby heavens, providing broadband connectivity to consumers and businesses to all parts of the globe.

Two such projects -- OneWeb and SpaceX's Starlink -- have been in the headlines recently as they start to lock in the necessary approvals from the FCC and other regulatory bodies.

LeoSat Enterprises, another company in the LEO arena, is travelling a similar yet much different path to the nearby heavens. Rather than trying to connect millions of consumers, the constellation of satellites LeoSat has in mind will instead be used to underpin a high-speed, low-latency backbone that aims to serve a smaller set of multinational businesses, banks, government agencies and other parts of the bigger enterprise sector.

"I was drawn to this particular project because it is designed to do something different than everybody else is trying to do," Mark Rigolle, LeoSat's CEO, said. "We've decided to go after the corporate market." 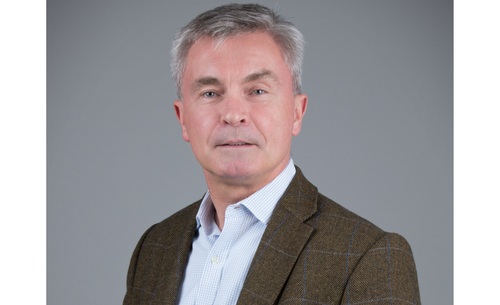 'I was drawn to this particular project because it is designed to do something different than everybody else is trying to do,' Rigolle said of LeoSat's plan to sell high-capacity, low-latency services to enterprises around the globe via its network of LEO satellites.

"The Holy Grail seems to be connecting the unconnected, which is a noble goal," Rigolle, a satellite industry vet who joined LeoSat in 2015. Before joining LeoSat, he was CEO of O3b Networks (now part of SES), where he helped that company raise about $1.2 billion to launch a constellation of medium-Earth orbit satellites, and, before that, was CFO of SES. He was also a founder of a residential satellite broadband startup called Kacific.

Rigolle isn't convinced that the business model OneWeb and Starlink are pursuing will be a big money-maker, given that they will be spending billions on what is likely to be a "very low RPU" (revenue per unit) business, in his point of view.

LeoSat wants to flip the script and chase down and fulfill the data connectivity needs of a smaller group of enterprise and commercial entities that could result in much larger, more lucrative deals.

A high-capacity, low-latency constellation
Using a constellation of between 78 and 108 LEO satellites, LeoSat envisions an orbital high-speed backbone that can support massive capacity (up to 5.2 Gbit/s is in the plan), support low-latency applications and services (LeoSat's shooting for numbers as low as 20 milliseconds), and provide secure data links to remote sites and areas that lack terrestrial coverage or could use supplemental coverage.

LeoSat plans to have its birds flying at an altitude of about 1,400 kilometers (about 870 miles), roughly six times higher than the International Space Station, and about two times higher than what's being planned by OneWeb and Starlink.

Rigolle believes the orbital slots being targeted by LeoSat represent a happy medium in that it will allow the company to provide global coverage with a lot fewer satellites than what OneWeb and Starlink will require, while still being close enough to the Earth's surface to achieve the kind of low latencies that enterprise customers need.

Each of LeoSat's satellites will be equipped with north-south and east-west lasers that create an interconnected mesh of connectivity. Customers can pay a premium for the fastest, lowest-latency route over that network, or, for a smaller fee, take a longer route. Though 20 milliseconds is the low-end of the latency target, Rigolle believes that LeoSat's network will be able to connect any two spots on the planet in "well under 200 milliseconds" even along the longer routes.

That would still fall well below the 600 milliseconds that's common for a geosynchronous satellite sitting some 22,000 miles above the Earth's surface.

A rendering to illustrate the interconnected, fishnet-style grid LeoSat has in mind with its proposed network of laser-equipped low-Earth-orbit satellites. Source: LeoSat.

And rather than serving as a "gap-filler" like VSAT technology, LeoSat believes that its approach can rival -- or even surpass -- the capabilities of terrestrial networks. "It's a place that satellite has never played," Rigolle said.

LeoSat initially plans to deploy 78 of its satellites, and then add more to the constellation in increments. Rigolle said the "dream" is to be able to pack 14 satellites into each launch -- enough to populate one plane.

LeoSat also believes that it can start to offer services and bring in revenues as it adds each plane of coverage. "It's not all-or-nothing," he said.

The first 78 satellites will be enough to populate each north-south plane and enable LeoSat to "offer pretty damn good coverage globally," Rigolle predicted.

Rigolle said LeoSat's approach with interconnected lasers means that the company is not using a "bent pipe" architecture that satellites tend to use to relay data in conjunction with fiber-connected gateway stations on the ground. Instead, LeoSat says its system will avoid having to uplink and downlink around the globe, and will work in tandem with a small piece of customer premises equipment, perhaps in the form of a dish for larger customers.

"We think endpoints connecting to our network will be measured in the thousands, not even the tens of thousands, probably," he said.

If all goes to plan, LeoSat intends to conduct its first launch in 2022.

Next Page: Lots of puzzle pieces

1 of 2
Next Page
Like what we have to say? Click here to sign up to our daily newsletter
COMMENTS
Newest First | Oldest First | Threaded View
Add Comment
Be the first to post a comment regarding this story.
EDUCATIONAL RESOURCES
sponsor supplied content
(eBook): 5G Testing for the Race to Revenue
Trends in the Communications Industry
How to Gain the Edge in the Fiber Broadband Boom
A new approach to billing for a new generation of customers
CBRS Spectrum and the Future of Private Wireless Networks
Smart Edge: Productizing Edge Deployment
Interview: Open RAN enabling CSPs to deliver on the promise of 5G
Keynote: Open RAN: The Next Step
Educational Resources Archive
More Blogs from CxO Spotlight
Falcon V Systems CEO: Open season for 'open' DAA