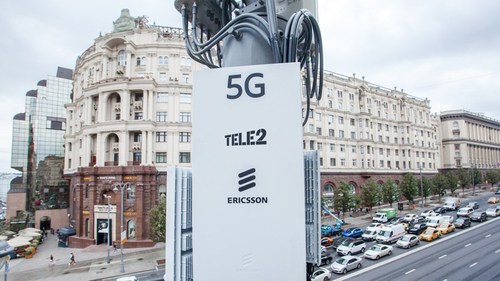 Putin 5G where it's needed: Tele2 established its first 5G zone in the center of Moscow in August 2019.
(Source: Ericsson)