The not-for-profit Boys Town's IT infrastructure needs to be agile to meet the organization's mission of providing childcare and healthcare services across the US.

To that end, Boys Town is migrating to a private cloud infrastructure, so it can achieve the agility that users demand while keeping costs down.

Though Boys Town is a not-for-profit, it faces many of the same concerns that for-profit businesses face. Its users run a variety of applications, on both mobile and desktop. They demand greater agility, and if Boys Town's IT department doesn't deliver, they'll go to the public cloud to get it.

And as a not-for-profit, IT faces even greater cost burdens than a for-profit company. 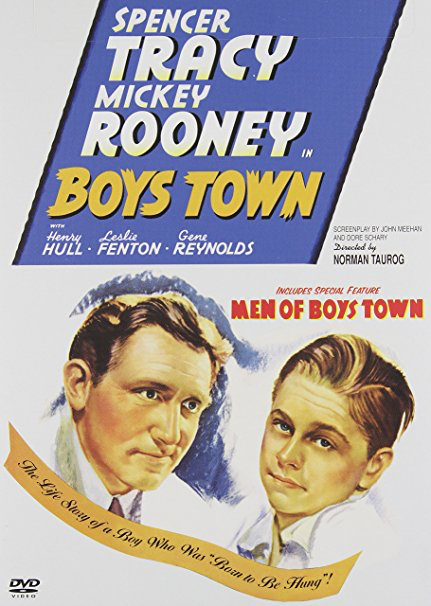 "As a nonprofit you don't want your IT organization seen as swimming in buckets of money and resources," Jamie Pearson, vice president of IT and Boys Town, tells Enterprise Cloud News.

Boys Town is one of the largest childcare and healthcare organizations in the US, in operation for 100 years. It is implementing software-defined networking (SDN) in two data centers that support the Boys Town village, 12 sites across the US, and a variety of Web-based programs.

Boys Town is implementing SDN using Cisco's Application Centric Infrastructure (ACI). It worked with Sirius, a national solutions integrator, to assist with the implementation, and got up and running in three months.

The transition is still under way. "We are actively in the process of transitioning all data center resources off legacy cores onto the new ACI data center infrastructure," Matt Welna, senior director, IT operations, tells ECN.

"You just have to be willing to be an early adopter," Welna says. ACI is new technology, and for now there are some difficulties, but the payoff is flexibility. Welna says he expects ACI will become easier to install over time.

ACI also gives Boys Town vendor independence, says Welna -- a statement that's surprising given Cisco Systems Inc. (Nasdaq: CSCO)'s reputation for vendor lock-in. But most other vendors, such as EMC and VMware, work with ACI; the same isn't true for other SDN architectures from smaller vendors. "Arista is phenomenal but that doesn't mean every vendor out there will have that level of integration" Welna said.

"As we move forward with our private cloud initiatives to eventually become a hybrid cloud, the Cisco cloud environment will give us the most flexibility," Welna says. "Eventually I can see us extending our ACI SDN into a public cloud."

Boys Town is currently using ACI to connect two data centers that are 12 miles apart, and eventually can see extending that to multi-state connectivity. ACI's network automation means they don't have to worry about details of configuring servers, disaster recovery, business continuity, and other issues, Welna says.

SDN also brings the development and infrastructure teams together to collaborate, Pearson says.

kq4ym 6/12/2017 | 9:44:41 AM
Re: Boys Town I hadn't heard much about Boys Town for years it seems. I hadn't realized they were such a large organization. But, it certainly makes sense that they would be upgrading as noted to handle the data coming in. I would suspect that would also be used by their development office to handle improved fund raising duties and make the operations there much more efficient as well.
Reply | Post Message | MESSAGES LIST | START A BOARD

Agreed. I was just pointing out, or trying to, that it's already hard for NPOs to spend money on administrative things. It can be counterproductive to save on some IT and lose out on being able to be more effective or productive in the long run.
Reply | Post Message | MESSAGES LIST | START A BOARD

Mitch Wagner 6/9/2017 | 12:53:15 PM
Re: the plight of non-profits.. I think that Boys Town has the right attitude. Put every dollar you can onto the front lines. Spend what you need on IT, but not more.
Reply | Post Message | MESSAGES LIST | START A BOARD

That's a sad comment on the state of charity organizations and non-profits. The "Ice Bucket" challenge gave ALS about $115 million to put towards research into amyotrophic lateral sclerosis, aka Lou Gehrig's disease. That sort of viral sensation can't be replicated too frequently, but it's hard on non-profits to accomplish their goals if they're constantly being criticized for "wasting" resources.
Reply | Post Message | MESSAGES LIST | START A BOARD

danielcawrey 6/6/2017 | 8:35:25 PM
Re: Boys Town The cloud is all about reducing costs. For those on a really strict IT budget, these solutions can allow organizations to a lot more with less.
Reply | Post Message | MESSAGES LIST | START A BOARD

Ariella 6/6/2017 | 1:21:29 PM
Re: Boys Town @Mitch certainly, as it was already about 2 decades old then. But they already envisioned a computer operating like Google, finding our answers to questions about all sorts of things. I don't think real life computers go anywhere close to that at the time when they were used primarily for calculations or maybe to play chess.
Reply | Post Message | MESSAGES LIST | START A BOARD

Ariella 6/6/2017 | 12:48:24 PM
Boys Town I don't believe I've seen that particular film, but I'm sure it's good if Spencer Tracey was the star. He's performed well in all the films of his I have seen. BTW I think all of us who work with computer issues should see Desk Set.
Reply | Post Message | MESSAGES LIST | START A BOARD
EDUCATIONAL RESOURCES