Salesforce doesn't want to settle down with one cloud partner, and so the company went out on dates with both IBM and Google this week.

So that means Watson and Einstein are in a relationship. AI love is in the air, just in time for Valentine's Day! 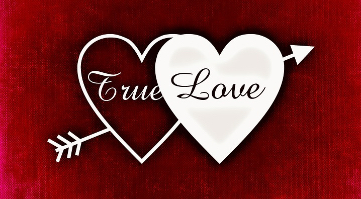 And the romance doesn't stop there -- Salesforce has "named IBM as a preferred cloud service provider and IBM has named Salesforce its preferred customer engagement platform for sales and service," the two companies said in a joint statement on Friday.

Don't get too excited though -- Salesforce named Google as a preferred cloud provider in November, and Amazon before that.

IBM will build new Watson Quip Live Apps, to increase the effectiveness of sales teams. Quip is a collaboration tool that brings together relevant content for any project into a centralized document, removing the need to toggle between multiple windows and apps, Salesforce says. (See Quip Wants to Kill Email Attachments.)

In the new arrangement around Quip, IBM Watson and Service Cloud Einstein will work together to deliver AI-driven recommendations for next best actions, the two companies say.

The relationship builds on a previous partnership between IBM and Salesforce, with more than 4,000 joint customers, the two companies say.

Earlier this week, Google announced the first fruit of a Salesforce partnership unveiled in November, integrating sales pipeline data from Salesforce Sales Cloud, such as leads and opportunities, into Google Analytics 360, to allow marketers to learn more about the customer path to conversion "and quickly take action to engage them at the right moment," Google said in a blog post Wednesday. Enterprises including Rackspace and Carbonite are already using the integration. (See Google Joins With Salesforce to Mix Online, Offline Customer Analytics.)

[email protected] 1/24/2018 | 12:21:12 PM
Re: Might need to be..complicated I am sure the label preferred comes with some perks we are not aware of but I do love the marriage analogy! LOL, what happens to the non preferred partners?
Reply | Post Message | MESSAGES LIST | START A BOARD

Michelle 1/23/2018 | 1:38:57 PM
Re: Might need to be..complicated This does seem like an unlikely relationship. I wonder if it will be fruitful. I wonder how long it will be until the first big fight...
Reply | Post Message | MESSAGES LIST | START A BOARD

kq4ym 1/23/2018 | 9:38:53 AM
Re: Might need to be..complicated It probably does make sense to cooperate with multiple partners even though calling all "preferred" partners seems a bit iffy. I wonder if that's where marriages will end up, "honey, you are one of my preferred partners."
Reply | Post Message | MESSAGES LIST | START A BOARD

[email protected] 1/22/2018 | 1:54:26 PM
Might need to be..complicated I somewhat understand their need to entertain two vendors from a negotiation and security perspective. They might use this strategy short term and eventually use one vendor long term depending on the need and the vendor performance. At times being married to one vendor puts companies at a disadvantage and results in greater costs and limited flexibility.
Reply | Post Message | MESSAGES LIST | START A BOARD
EDUCATIONAL RESOURCES
sponsor supplied content
IDC Whitepaper: Key Considerations When Operationalizing Artificial Intelligence Strategy
Design Guide: best-in-class hybrid IT infrastructure with AWS Outposts
Blueprint: optimize data exchange with AWS Outposts
Ericssons Cloud RAN e-book: A comprehensive guide to adopting, deploying, and scaling virtualized 5G in your networks
The Four Key Components of Cloud RAN
How to get the most out of 5G mid-band in Cloud RAN
QCT Introduces New Innovative Family of Edge Servers for the Telco Marketplace.
TOOL - Interactive Experience: Learn how to Evolve your Architecture and Monetize Next Generation Metro and Edge Networks
Whitepaper  Achieving IP/Optical Convergence: Building from Existing Networks
Executive Guide  Enabling Next-Generation Metro and Edge Networks for Communications Service Providers
Educational Resources Archive
More Blogs from Wagners Ring
Podcast: Don't Call Us an SD-WAN Provider  Cato Networks