Google and Amazon are stepping up their competition on machine learning, with both companies introducing new video and natural language recognition tools to help customers make sense of piles of undifferentiated moving images and words.

For Cloud Video Intelligence, Google is adding deeper video analysis tools, including shot change detection, content moderation, and detection of 20,000 labels, to identify 180 different types of fruits, including kiwis and jujubes; 229 models of airplanes; 667 car models; and more than 200 types of buildings, including supermarkets and convention centers, according to a post scheduled to go live Tuesday morning by Wei Hua, Google engineering manager for cloud AI Video Solutions, on the Google Cloud Big Data and Machine Learning Blog.

A Google demo shows how a user can search a large library of videos for the keyword "baseball" -- like running a Google search on the web -- and find only videos pertaining to that sport. The result shows which videos have baseball, and when in each video baseball appears. 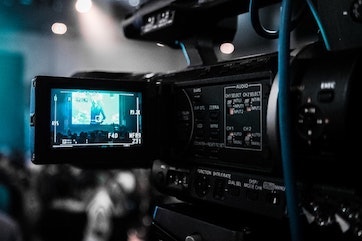 Cloud Video Intelligence can now automatically transcribe video audio into text. The feature is in private beta in English only, but will expand to new languages.

Hua outlines several customer use cases for the video service. Incentro, which provides IT solutions on Google Cloud Platform for media and publishing customers, uses machine learning to help its customers store and find digital media assets. Cloud Video Intelligence lists details in videos and labels and timestamps where the details can be found. Previous solutions were manual, time-consuming and less complete and accurate than the automated tool, Google says.

Amazon introduced Video Kinesis Video Streams to get video from cameras, phones, satellites, radar and other diverse devices where video lives, into the cloud, Jassy said.

Amazon Transcribe provides long-form speech recognition on a WAV or MP3 audio file, with applications such as call logs, video subtitling, capturing presentations and meetings. The service will be initially available in English and Spanish, with other languages to come. Unlike other automated transcription services, Amazon Transcribe adds punctuation and formatting, rather than producing an undifferentiated stream of text. Amazon Transcribe timestamps every word to align subtitles to video. It supports lower-quality audio, such as phone calls.

The new Amazon Translate service automatically translates text into different languages for realtime translation and batch analytics, with automatic language recognition -- the service will recognize what language a person is speaking.

And the new Amazon Comprehend is a fully managed natural language processing service, which can understand documents such as social networking posts and articles stored in a data lake in AWS's S3 storage service. Hotels.com, an Expedia business unit, is using the AWS service to classify reviews and comments to find out what people like and what they don't like, Jassy said. The service will classify documents to sort them into topics and categories such as sports, politics and business. A healthcare provider can organize documents based on symptoms, Jassy said.

Emma Velson 12/5/2019 | 4:04:01 PM
BEST ESSAY WRITING SITES Extraessay did the job in a very good way, and I loved the changes. I liked their work a lot. I can rely on them for my future assignments. You guys are perfect each and every time. I would like to ask for his help again. Thank you so much!!
Reply | Post Message | MESSAGES LIST | START A BOARD

priyanka10 8/6/2019 | 6:04:55 AM
Artificial Intelligence I wonder where this technology will take us. When I listen to the best Bluetooth speakers with FM radio India, I think about artificial intelligence and machine learning all the time.
Reply | Post Message | MESSAGES LIST | START A BOARD

guloz 5/28/2018 | 6:11:31 AM
edu Google is the main server who is handling all the program of the internet world and amazon is also constrained to get services by Google. Amazon will be crippling on internet if dissertation best essay writing will not for sale on the internet.
Reply | Post Message | MESSAGES LIST | START A BOARD

Phil_Britt 12/27/2017 | 12:42:15 AM
Re: rivalry You're right that without machine learning it takes a ton of time to go through videos. That's why I hate it when I click on a compelling headline and a video pops up. I can read the information faster. And, if well written, I will get more pertinent detail.
Reply | Post Message | MESSAGES LIST | START A BOARD

danielcawrey 12/9/2017 | 10:19:45 PM
Re: rivalry Machine learning for video is direly needed. Discovery on streaming video platforms is really quite poor.

If these services can do what is promised, there's certainly a lot of potential.
Reply | Post Message | MESSAGES LIST | START A BOARD

mhhfive 12/6/2017 | 1:24:58 PM
Re: rivalry My prediction for how Machine Learning services will specialize is based on what I think each provider has better training data for. Google has search and related ad data that no one else can touch. Facebook has social relationship data. Amazon has logistical data and consumer ecommerce data. I'm not sure exactly how each set will be used to train machine learning systems, but based on these different data sets -- they're bound to come up with different specialties, even if they target the same areas such as natural language processing. The future is hard to see clearly. Always in motion it is.
Reply | Post Message | MESSAGES LIST | START A BOARD
Page 1 / 2   >   >>
EDUCATIONAL RESOURCES