BOSTON -- Cloud operators demand freedom from lock-in, to support multicloud deployments, hybrid infrastructure and devotion to their favorite open source platforms and tools, according to presenters and exhibitors at the recent Cloud Foundry Summit conference.

Cross-platform flexibility was rated "very important" by 67% of respondents in the April 2018 Cloud Foundry User Survey, according to Abby Kearns, executive director of the Cloud Foundry Foundation, who laid out the findings of the survey at the Cloud Foundry Summit in Boston in April. Cloud Foundry is an open source multicloud application platform under the auspices of the Linux Foundation.

And close to half of all respondents report deploying Cloud Foundry in a multicloud environment -- with Amazon Web Services Inc. and VMware Inc. (NYSE: VMW) being the most popular.

That was a theme echoed at the Summit. Zipcar, for example, was at one time running three different VMware environments, Andy Rosequist, Zipcar's director of IT operations, told attendees during a keynote panel discussion among end users. "And one of them was really bad." 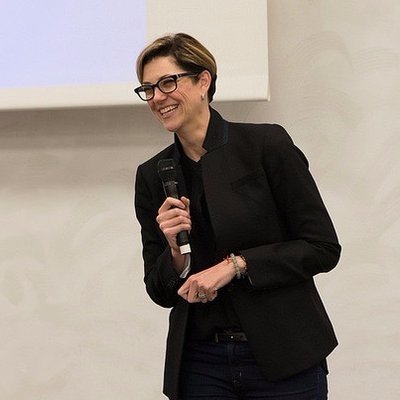 Cloud Foundry's Abby Kearns speaking at an event prior to the Cloud Foundry Summit this month.

"That [is an] important part for enterprises -- that if they want, they can simply lift and shift their workload from one cloud service provider to another," Daniel Hekman, head of business development at software and IT solutions company Grape Up, told Light Reading. "I personally think that, within the foreseeable future, lock-in will not be an issue anymore. You can just literally lift and shift your workloads."

"We don't like the [Cloud Foundry] cloud controller," Rosequist said. "We rewrote our own."

"[We have] legacy architecture that is very painful," said Moody, "so there was motivation to try and transform into something better."

Many discussions of interoperability at the Summit revolved around Kubernetes -- viewed as competition to Cloud Foundry, despite the platforms' compatibility with each other. SUSE Inc. , for instance, is one of eight companies offering a certified distribution of Cloud Foundry, and it announced in September that it is offering Cloud Foundry PaaS distributions bundled with the Kubernetes orchestration engine.

"Existing Cloud Foundry users [are] very interested in using Kubernetes with their platform," Caleb Miles, a technical program manager at Google who works on Kubernetes, told Light Reading. "We have seen a lot of flexibility around these services."

Gabe Monroy, head of product for Azure Containers at Microsoft, told attendees in his own keynote address that one of the most important things in his work has been the ability to deploy Cloud Foundry across other platforms -- particularly Kubernetes.

"I'm just so excited to see how the Cloud Foundry [and] Kubernetes communities are starting to really merge," Monroy said. "I view my job as having to empower the tens of millions of developers that are entering the market every year. We need everyone's collective ideas in order to make these folks succeed."

"We don't want users to have to talk about the platform," said Brad Schaefbauer, Boeing's IT Cloud Design and Integration Specialist. "We want it to be so abstract for them that they just bring their code and do their thing."

Boeing uses seven cloud foundations -- several based in VMware, one installed on OpenStack, another in Microsoft Azure, and upcoming public sector work to be based in AWS, a longtime federal-government favorite.

Meanwhile, the Foundation itself is happy to support these kinds of cafeteria approaches -- because they help make sure that Cloud Foundry has a seat at the table, even if not the head of the table.

"In 2018, at the Foundation we're really focusing on two things: strengthening our ecosystem, [and] cultivating our community," Kearns said in her opening keynote. "Interoperability [is] the connective tissue to other technologies, other communities, and other projects [to help us not only to] be the best platform today, but also to be the best platform in the future."

Joe Stanganelli, principal of Beacon Hill Law, is a Boston-based attorney, corporate-communications and data-privacy consultant, writer, and speaker. Follow him on Twitter at @JoeStanganelli.