FICO, a Premier OpenStack User, Goes to the AWS Dark Side

It's like seeing William Shatner going to see a Star Wars movie, or Apple CEO Tim Cook taking a Samsung phone out of his pocket.

FICO has been one of OpenStack's most prominent users. But FICO, which provides credit ratings and business analytics as a service, took the stage at the AWS Summit on Monday to talk about its commitment to OpenStack rival AWS.

FICO is still running a private cloud on OpenStack. But it sees a big need for AWS, for global reach, security and features such as serverless computing and container support.

FICO is best known for its personal credit scores. But the $881 million company offers a variety of business analytics as a service, including new customer onboarding services that allow businesses -- including a couple of big telcos -- to check a potential consumer customer's credit rating on the spot. It works with governments to detect money laundering, optimizes flight crew schedules for Southwest, and provides airport background security checks, Claus Moldt, FICO chief information officer, told Enterprise Cloud News Monday afternoon, after appearing onstage at the AWS Summit in New York earlier that day. 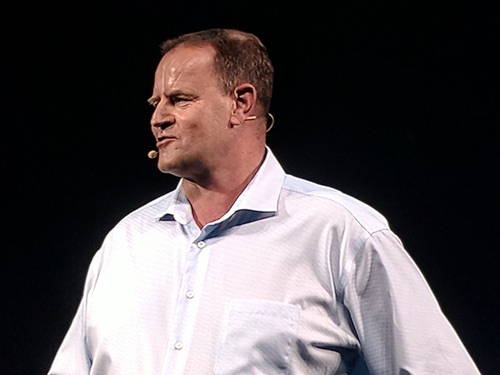 The company has migrated several services to AWS, including myFICO.com, which allows consumers to check their own credit ratings; as well as the Decision Management Suite (DMS), the analytics engine underlying its other services. It will migrate additional applications over the next three years, according to a statement from FICO and AWS.

FICO expects to repackage its services using Docker containers and Kubernetes, and looks to AWS for support, Moldt says.

But FICO says it maintains its investment in OpenStack for private cloud. "This is not going to be AWS-only. It's definitely a hybrid solution," Moldt says.

FICO's move to Amazon is driven by customer demand. "Customers are more and more requesting that we go to public cloud," Moldt says. "Financial services and insurance customers are shifting workloads to pubic clouds."

FICO has 10,000 customers in more than 100 countries, and they want services close to their regions, which AWS supports. "We are providing solutions on a global scale," Moldt says. It's not cost-effective for FICO to build its own data centers; it's more cost-effective to go with a provider, like AWS. FICO doesn't believe it can add significant value by securing and deploying hardware itself.

In other news at AWS Summit this week, the cloud giant announced Hulu as a customer, and launched the new Macie security service; Glue for managing, extracting, transforming and loading data onto AWS services; and Migration Hub, for moving on-premises database tables and workloads to the cloud. (See AWS Snags Hulu, FICO as Cloud Customers.)

FICO's embrace of Amazon looks bad for OpenStack, an open source project founded seven years ago by NASA and Rackspace as an Amazon-killer. In subsequent years, OpenStack has gained the reputation for being difficult to maintain and install -- a reputation that's gotten so dire that Rackspace, which continues to support the protocol, wrote a blog post earlier this year labeling reports of OpenStack's death as "fake news." (See Rackspace: OpenStack's Death Is #FakeNews.) 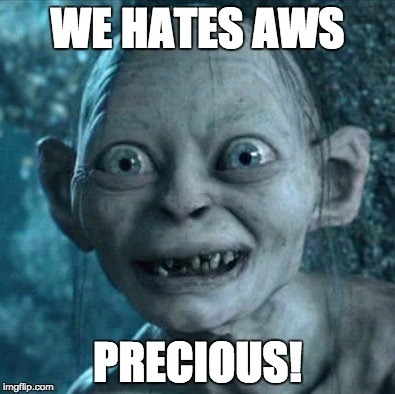 OpenStack has a productive future as a private cloud platform for enterprises and service providers willing to do the work of supporting it, Rackspace said.

According to a 2015 report, FICO looked to OpenStack to reduce cost in comparison with proprietary cloud platforms and as an alternative to VMware. FICO used Red Hat as an OpenStack vendor.

Hewlett Packard Enterprise recently divested its OpenStack business, which looks bad for OpenStack. On the other hand, HPE sold to open source provider SUSE, which plans to integrate HPE's OpenStack, along with Cloud Foundry assets also purchased from HPE, into its own platforms. (See SUSE Getting Into Platforms.)

Mirantis broadened its focus from OpenStack to include Kubernetes, with support for more open source cloud platforms to come. (See Mirantis Pivots as OpenStack Loses 'Wow Factor' and OpenStack's Dead & Mirantis Dumped It? Not According to Vodafone.)

Despite difficulties, OpenStack saw 44% year-over-year deployment growth as of the spring, with two thirds in production, including GE, which is using OpenStack for a health private cloud. (See OpenStack Foundation Fires Back at Critics and GE Gets Healthy With OpenStack, Remote Managed Private Cloud.)

kq4ym 8/29/2017 | 9:10:45 AM
Re: Multi-cloud strategy That's probably a good analysis of what's going on at FICO. Needing to get additional services as noted for " global reach, security and features such as serverless computing and container support," would justify it's move to add Amazon.
Reply | Post Message | MESSAGES LIST | START A BOARD

laurensell 8/17/2017 | 5:17:52 PM
Multi-cloud strategy Unfortunately, I think this article leads readers to the wrong conclusion. FICO's use of OpenStack is growing, and they are running containers on OpenStack. Like the majority of enterprises, FICO is taking a multi-cloud approach, which includes OpenStack and AWS. And that's not a bad thing for OpenStack. It's not OR, it's AND. The important questions to be asking are which workloads to run where (based on things like cost, compliance and capabilities), and how to manage across these different environments and platforms. That's something we embrace and frequently talk about from the OpenStack community perspective. Happy to talk about it more.
Reply | Post Message | MESSAGES LIST | START A BOARD

[email protected] 8/16/2017 | 5:17:00 PM
Re: Hype Daniel they obviously needed more than OpenStack could provide. As tech companies diversify they will absolutely mingle solutions with competitors much like a company might need a hardware piece from a competitor or a software component. As we see these super tech companies evolve we will see lots of shared access new integrations to keep customers happy and get new customers! Microsoft learned the hard way they couldn't be an island now they are growing and leading again because of the realization that they need to mix their solutions with various devices.
Reply | Post Message | MESSAGES LIST | START A BOARD

danielcawrey 8/16/2017 | 12:40:29 PM
Hype There was a lot of hype for OpenStack. Now it seems as though companies can't get away from it fast enough. Sure, there's still support for OpenStack. But every time I see a company move to AWS or Google Cloud I wonder how viable the platform is.
Reply | Post Message | MESSAGES LIST | START A BOARD
EDUCATIONAL RESOURCES