Evernote is all "go, us!" on Wednesday, announcing that it's completed its migration from its own infrastructure to Google Cloud in 70 days.

Evernote Corp. announced the migration in September, saying it wants access to Google Cloud features such as machine learning, as well as increased flexibility and reduced cost of managing data centers. (See Evernote Wrapping Up Google Cloud Migration, Looking Ahead to Machine Learning.)

While many companies have T-shirts commemorating projects, Evernote found socks for the occasion: 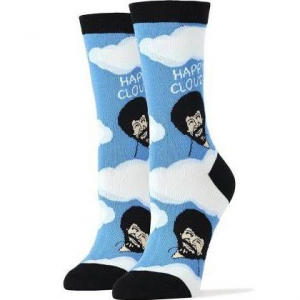 "Because this migration took place in the background, you wouldn't have noticed any changes to your day-to-day experience in Evernote," Evernote Senior Technical Writer SiNing Y. Chan says in a post on the Evernote Blog. My personal experience backs that up -- I'm a heavy Evernote user -- and I haven't seen any complaints about performance.

Rather than pouring resources into the day-to-day maintenance of equipment and software required for running the Evernote service, we can now focus more of our time and energy into responding to customer needs. Though subtle at first, this move to the cloud will bring about more noticeable benefits in the not-so-distant future, such as increased uptime, security improvements, and faster delivery of new and innovative features.

The migration improves performance (it seems that way to me, particularly on the iPhone app, although I wouldn't swear to it), enhances disaster recovery capabilities, and beefs up security by encrypting data at rest.

Evernote provides technical details: The service is comprised of 762 shards or NoteStores, where the actual notes are stored -- about 300,000 per shard, managing 200 million user accounts, says Ben McCormack, Evernote vice president of operations.

The UserStore is a MySQL-based central user and preferences database that also manages authentication. And the User Attachment Storage manages (you guessed it) attachments.

The service also uses front-end load balancing, and about 200 Linux servers for supporting services such as caching and batch processing.

To move to Google (Nasdaq: GOOG) Cloud, Evernote used a combination of "lift and shift" for some services -- namely shards, UserStore and most supporting services -- while other services were transformed for their new environment; these included user attachment storage and load balancing, McCormack says.

When considering the migration timetable, Evernote was caught in a conundrum: The "Big Bang" methodology is a single point where cutting over 100% from the old to new. "This is also known as the 'cross your fingers, close your eyes, press the button and hope everything is OK plan!'" McCormack says.

Big Bang was judged too dangerous. But Evernote's applications are not designed to run split between multiple locations. So the company ended up needing to find a balance between the two approaches, with the migration occurring in less than 20 days, with rollback points if things didn't work as anticipated, McCormack says.

Evernote has a series of detailed blog posts on technology details of the migration, starting here: "Part 1 - The Evernote Service and our options to migrate to Google Cloud Platform (GCP)."

The cloud migration indirectly caused a compound privacy snafu in December. One reason for the migration was to give Evernote and its users access to services based on Google's machine learning. To verify machine learning's accuracy, Evernote said it would allow some of its employees to view some user data. That set off a storm of outrage on social media (when isn't social media outraged about something?).

Evernote posted three separate updates, walking the announcement back, finally reversing itself and saying it would only allow employees to read notes when legally required to do so, such as in cases where Evernote receives a subpoena or court order or needs to prevent or mitigate violations to terms of service -- standard for cloud providers. (See Evernote CEO: 'We Messed Up' on Privacy.)

Evernote finished its migration on Dec. 19. The initial deadline when the company announced the project was early December. That's pretty close, and five months from announcement to completion is fast. So enjoy your Bob Ross socks, guys! (See Why the Evernote Elephant Packed Its Trunk for Google Cloud.)

danielcawrey 2/9/2017 | 3:24:30 PM
Re: Happy little clouds Is this just a way for Evernote to save money? The reason why I ask is because a lot has been made about Snapchat using Google Cloud and how much it costs. For a company like Snap, growth might mean getting off Google Cloud. The fact Evernote is talking about this might speak to its declining user growth.
Reply | Post Message | MESSAGES LIST | START A BOARD

Mitch Wagner 2/8/2017 | 5:23:52 PM
Re: Happy little clouds Evernote has to-do capabilities, but it's really a note-taking app, where you can also store documents and photos.

I use a Mac app called OmniFocus for to-dos.

Evernote has a feature called "reminders" that make it a sort-of to-do manager. When the service lets you set up recurring/repeating reminders, I may give it a try as my to-do manager.

Bullet lists are very trendy. You're such a hipster. :)
Reply | Post Message | MESSAGES LIST | START A BOARD

Interesting that the migration sparked concerns over privacy...I get the feeling this probably isn't the last time Evernote will have to handle an uproar over privacy concerns, it just seems like it would be par for the course in their type of business model.