Microsoft's transition from open source hater to open source leader can be summed up in two words: times change.

Microsoft hated open source in 2001, when then-CEO Steve Ballmer called it "cancer." A year earlier, he compared it to "communism."

Why the change? "The industry, Microsoft, and people in leadership just have a different understanding of open source now. It changes over time," John Gossman, distinguished engineer, Microsoft Azure, tells Enterprise Cloud News. 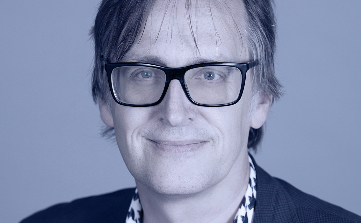 Microsoft's John Gossman
Keep up with the latest enterprise cloud news and insights. Sign up for the weekly Enterprise Cloud News newsletter.

Gossman attributes Microsoft's earlier open source antipathy to ignorance. "Some of us older folks didn't know how open source worked," Gossman says. "We thought, 'We're developers. We make our money from writing software. So why should we just give it away?'"

Microsoft's increased focus on Azure brought open source into the Microsoft mainstream, Gossman says. "We're trying to run people's IT workloads, and it turns out there isn't anybody who's a pure shop," Gossman says. There are no pure Windows .NET shops, no pure Red Hat or Java shops. "Even startups have a polyglot of tools." To succeed in the cloud, Microsoft had to support the software its customers want to run, and much of that software is open source.

Gossman says, "If you want to serve the customers, you have to be open to running Linux and Linux-based workflows."

Because of developers' natural affinity for open source, developers within Microsoft used it even when it was officially banned.

"All of those things came together. It was no single factor. And it took a little while for people to understand it," Gossman says.

Change at the top at Microsoft didn't hurt. "The people at the top, Satya [Microsoft CEO Satya Nadella] and Scott Guthrie, [Microsoft executive vice president of the cloud and enterprise group], the customers and line developers, they all love open source. It changed pretty smoothly and pretty quickly," Gossman says.

Indeed, for anyone still skeptical of Microsoft's commitment to open source, consider this: In addition to that Red Hat partnership -- which is kind of a big deal -- Microsoft has its own version of FreeBSD for Azure, is partnered with Canonical to run Ubuntu on Windows, runs .NET Core on Linux, has its own Linux certification and contributes to the Linux kernel.

What has Microsoft learned from its transition that might benefit other companies? How can a company make the transition from proprietary to open source culture?

Getting the legal team on board is key, says Gossman. "You've got to get your legal people to understand the licenses," Gossman says. Because of Microsoft's natural, strong interest in intellectual property, the legal team understood licenses very well, and in many cases they were the strongest open source advocates.

Next page: 'Core to our business'

Joe Stanganelli 3/2/2018 | 5:14:18 AM
Re: Going with the flow @maryam: Sure. This is why major security flaws proliferate in open-source code for years upon years -- because the kind of people open source generally attracts are more interested in features than the more boring stuff like security. So too for documentation -- also very boring, but just as essential.
Reply | Post Message | MESSAGES LIST | START A BOARD

[email protected] 2/28/2018 | 4:14:37 PM
Re: Going with the flow Yes, passion is good but commitment can rival that if someone is not committed to growing and maturing the code it doesn' evolve that's what creates so much of the uncertainty in using it for many. Lack of documentation and support
Reply | Post Message | MESSAGES LIST | START A BOARD

Joe Stanganelli 2/27/2018 | 10:47:49 PM
Re: Going with the flow @Michelle: Moreover, leveraging well-accepted open-source code and open-standards frameworks is a selling point unto itself when developers and entrepreneurs try to get companies on board with their projects. You're far more likely to not be told to go away if you can say you use, say, RHEL as opposed to whatever homespun niche offshoot you've developed.
Reply | Post Message | MESSAGES LIST | START A BOARD

Michelle 2/27/2018 | 1:27:12 PM
Re: Going with the flow Longterm support can be tough. Open Source developers experience burnout too. Passion is good in the early years, but it can quickly drain through the lifecycle of a project.
Reply | Post Message | MESSAGES LIST | START A BOARD

Joe Stanganelli 2/26/2018 | 9:52:24 PM
Re: Going with the flow @Michelle: That's key. Frankly, outside of games and a few particular utilities, open-source stuff that is left to contemporaneously (though, inevitably, waningly) passionate individual developers tend to eventually fizzle out in terms of support. Even widely used tools can fall by the wayside in terms of their development. Case in point: After TrueCrypt had numerous severe vulnerabilities exposed in a security audit, distributions of the software were halted -- with the website urging visitors to instead download BitLocker (a Microsoft product).
Reply | Post Message | MESSAGES LIST | START A BOARD

Michelle 2/26/2018 | 2:24:23 PM
Re: Going with the flow I think it helps the cause when very large companies contribute to a codebase too. It shows the rest of the world that the software is important and is being maintained by real professionals.
Reply | Post Message | MESSAGES LIST | START A BOARD

kq4ym 2/26/2018 | 12:30:12 PM
Re: Going with the flow Interesting the section on how the lawyers had to get aboard the open source train dealing with all the licensing and intelletual property issues involved. It's only logical of course that one of the main reasons Microsoft shifted is simply that "Microsoft had to support the software its customers want to run, and much of that software is open source."
Reply | Post Message | MESSAGES LIST | START A BOARD

[email protected] 2/26/2018 | 11:34:27 AM
Re: Going with the flow @Michelle I agree when established enterprises adopt a new technology others take notice. Now Open Source doesn't seem like the Wild West it once was to many.
Reply | Post Message | MESSAGES LIST | START A BOARD
Page 1 / 3   >   >>
EDUCATIONAL RESOURCES