Amazon Web Service may rule the public cloud space right now, but the company is looking out for the future where competition could eat into its market share. In order to stop that, AWS is looking outside the company for help and options.

While Google originally developed Kubernetes, the search giant has since moved the project to the open source community, although its engineers still drive the majority of the platform's development.

In addition to its own EC2 Container Service, AWS allows customers to use Kubernetes on its public cloud but there have been difficulties with making the technology work on that platform. If Amazon were to develop its own Kubernetes-backed offering, the company could fix those issues, and keep customers, along with the developers who rely on the technology, happy. 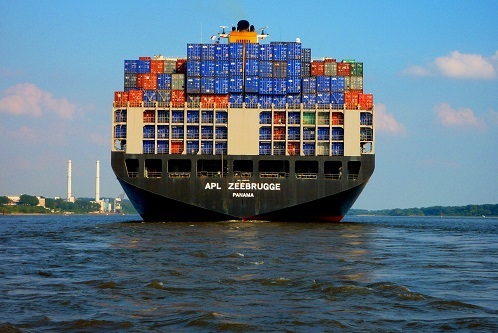 Catching up with Kubernetes
(Source: Heju via Pixabay)

By building a container management service on top of the Kubernetes code, AWS would also offer the same developer experience Google currently offers through its Google Cloud Platform.

In an email to Enterprise Cloud News, Charles King, an analyst with Pund-IT Research, noted that AWS's interest in Kubernetes made a lot of sense thanks to the growing popularity of the software with the developer community, as well as the increased use of containers to build cloud-native applications.

"AWS's EC2 Container Service was introduced well-ahead of Kubernetes but it is falling behind in terms of popularity, and new users and workload adoption," King wrote. "While AWS does support Kubernetes, it doesn't work as easily or seamlessly as it does on Google Cloud and some other public clouds."

As Kubernetes continues to grow in popularity, AWS risks alienating enterprise developers, who will then start looking for alternatives, leading them away from Amazon and toward Google's cloud.

"Due to those complexity issues developers who are intent on leveraging Kubernetes for container orchestration are likely to look to cloud services other than AWS to support their projects," King added. "By creating its own Kubernetes-based orchestration service, AWS should be able to fix those complexities and other issues, and compete more effectively. That makes such an effort a win/win for both AWS and its customers."

The July 20 Information report noted that AWS has started thinking about this and no decision is final. The same publication reported earlier this week that AWS is also considering expanding its partnership with VMware to develop a hybrid cloud platform.

Scott_Ferguson 7/24/2017 | 12:52:13 PM
Re: Open Source @danielcawrey: Agreed. I think what Google did with Kubernetes is pretty good and they can driving it toward making it a standard in the cloud market.
Reply | Post Message | MESSAGES LIST | START A BOARD

danielcawrey 7/23/2017 | 2:58:15 PM
Open Source This is where Google's open source community has built a powerful competitive advantage. I don't expect Amazon to ever build up an open source community like Google has. That will certainly keep some things in check.
Reply | Post Message | MESSAGES LIST | START A BOARD
EDUCATIONAL RESOURCES