AT&T is continuing its aggressive edge computing push, today announcing that its first test zone for edge applications is up and running at its AT&T Foundry in Palo Alto, Calif., and that it is creating a new open source project focused on automated, distributed cloud infrastructure for carrier and enterprise networks. (See AT&T Turns Up Edge Computing Test Lab and Linux Foundation, AT&T Launch Akraino.)

According to a blog post by Melissa Arnoldi, senior executive vice president of technology and operations at AT&T Inc. (NYSE: T), the open source group, named Akraino, will be hosted by the Linux Foundation and will focus on "expanding the development of next generation zero-touch edge cloud infrastructure for carrier and enterprise networks," in hopes of "creating an integrated developer platform that accelerates growth and expansion of 5G and IoT applications." 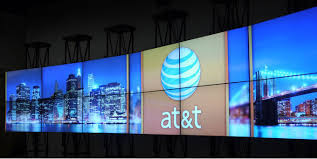 As Arnoldi laid out in her blog post, AT&T views edge computing as essential to its 5G strategy.

"We've committed to launching mobile 5G this year," she commented. "Edge computing is key to our 5G strategy."

The Palo Alto edge test zone will enable third-party developers to test their applications on AT&T's edge computing platform. The first test zone collaboration is with GridRaster, and involves creating a software platform for AR/VR and providing tools that will enable those applications on the edge. Initially, the test zone uses 4G technology but AT&T says that could be upgraded to 5G as early as later this year.

AT&T also is contributing seed code to get Akraino up and running quickly, and the expectation is that the project will be working with other open source efforts such as OpenStack and ONAP to create an open source edge computing infrastructure, according to AT&T's press release. More information about Akraino is available here.