India's telecom revolution, characterized by providing connectivity at extremely economical rates and making it accessible to all sections of society, has somewhat slowed down.

Rural penetration has remained almost static for the last two years. And India had 520.30 million rural fixed and mobile subscribers at the end of September, down from 530.06 million a year earlier, according to data released by the Telecom Regulatory Authority of India (TRAI). Out of 597,618 inhabited villages, 25,067 still lack any mobile connectivity or Internet services. 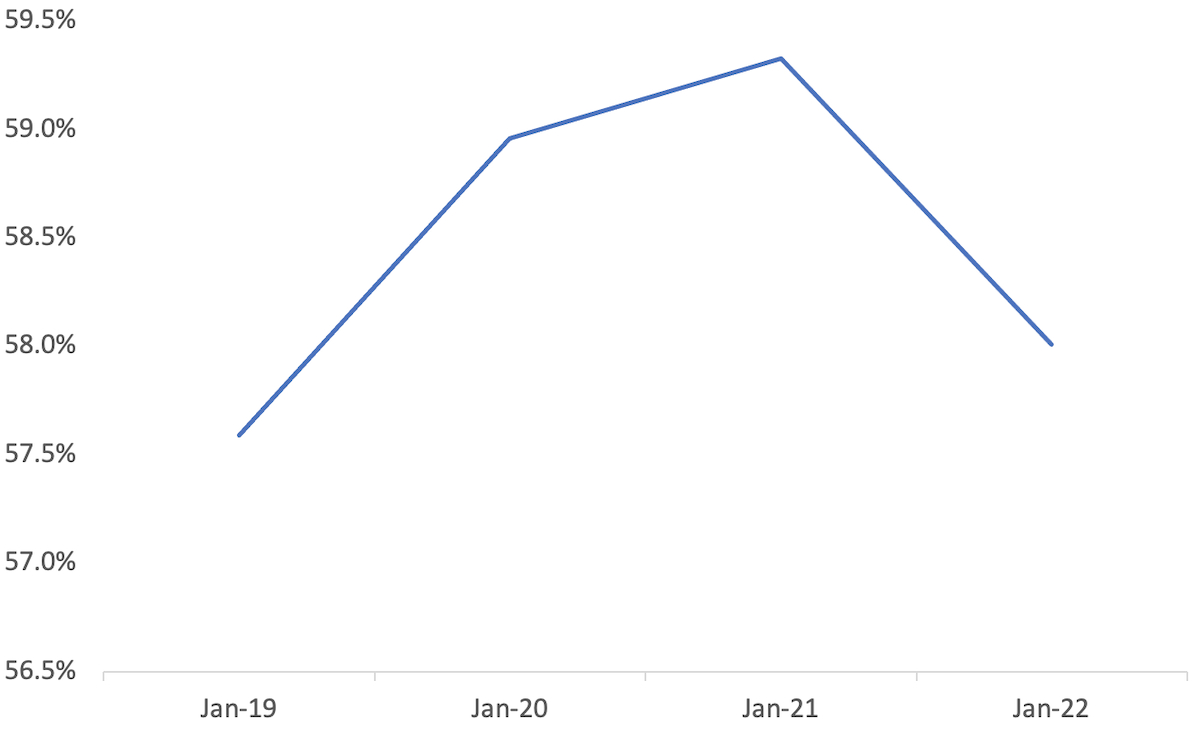 There are several reasons for this slowdown and the key among them is that prices are rising for both smartphones and service plans. All India's private-sector operators increased their tariffs last year. Recently, Bharti Airtel, India's second-largest service provider, began charging more for entry-level plans in two circles (service areas). Analysts believe this could precede tariff hikes across the country.

"The rising tariffs and the growing price of devices definitely impact digital adoption in India," said Ashwinder Sethi, a principal at consulting and analyst firm Analysys Mason. "The total cost of ownership for the low-income consumer will increase. This will possibly lead to the growth of the secondary devices market in the country."

Another factor which may be impacting the growth of subscribers in the rural segment is the rising average selling price (ASP) of gadgets, both smartphones and feature phones. ASPs have grown consistently for the last eight quarters in a row, according to IDC, a market research company, due mainly to higher component costs.

Growing device ASPs are bound to have an impact since India is a mobile-first nation. Out of 520.30 million subscribers at the end of September 2022, 518.31 million are wireless subscribers and only 1.9 million are using wireline services.

ASPs for mobile phones in India ($) 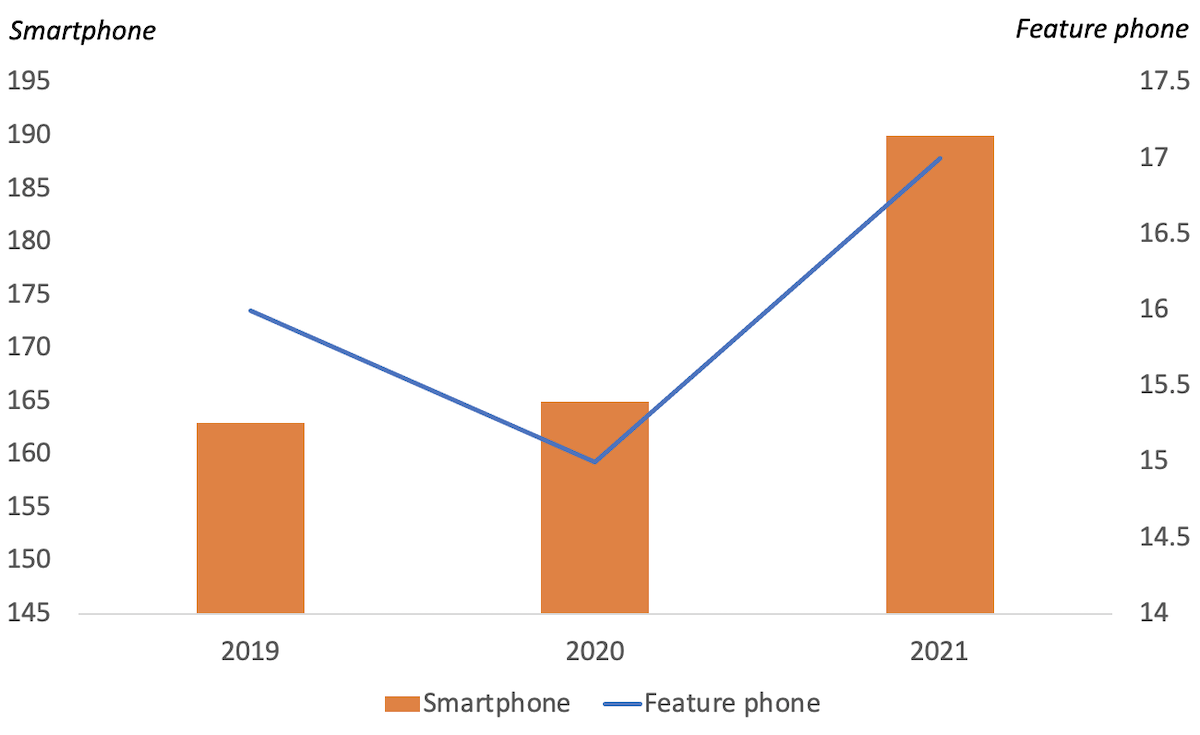 What about the network?

While, clearly, the market factors impact the update and adoption of connectivity services in the rural segment, experts also point to the lack of network infrastructure in remote regions. Typically, telcos focus on the urban market because it promises higher returns more quickly. Low incomes and low population density in rural areas mean that the return on investment for telcos is spread over a longer period. There is a need to rethink network strategy to provide connectivity in rural and remote areas.

India's government has come up with several initiatives to promote connectivity in rural India. But stagnant penetration suggests not enough is being done. Even as telcos have launched 5G services, 25,000 villages in India still lack basic connectivity.

BharatNet, a special-purpose vehicle (SPV) set up by the government to provide connectivity to 250,000 Gram Panchayats (village councils), has so far provided connectivity to more than 100,000 of them. Government-owned BSNL is believed to have the best infrastructure in the country's hinterland.

"There is limited fiber penetration in the rural areas and that is also a major reason for the low rural teledensity, said Neil Shah, a partner at Counterpoint, another market research firm. "I believe 5G fixed wireless access will play a crucial role in bridging the digital divide in India. It will make it very easy for the telcos to extend the benefit of connectivity in rural and remote areas. By the end of 2025, the broadband subscriber base should double because of FWA."