India's cloud computing market is heating up with the recent tie-up between operator Bharti Airtel and Amazon Web Services (AWS). They're hoping to grab their share of the pie from Jio and Microsoft Azure, who are working together.

Bharti Airtel is the country's second-largest service provider. Together, Airtel and AWS will sell a range of AWS products as part of Airtel Cloud, to enterprises large and small. 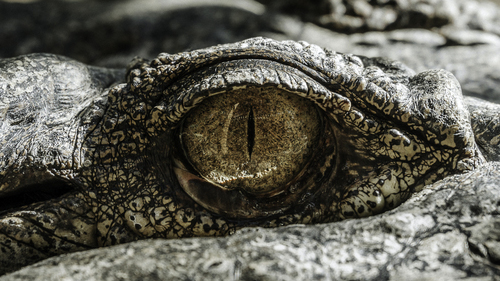 Here's looking at you: Airtel's deal with AWS means Jio (working with Microsoft Azure) will be keeping a close eye on things.
(Source: Samuel Scrimshaw on Unsplash)

As part of the tie-up, an AWS Cloud Practice supported by AWS Professional Services will be built – and the partnership aim to develop a range of new products playing to the strengths of each. Airtel and AWS entered into a similar partnership in 2015.

"Airtel Cloud will offer customers a range of AWS services including Windows on AWS, SAP on AWS, VMware Cloud on AWS, database migration, and security and risk governance solutions," says the press release issued by Airtel.

"In addition, Airtel Cloud will leverage AWS's innovation and transformation services across analytics, data warehousing, Internet of Things (IoT), and machine learning (ML) to help customers adopt new services and migrate to the cloud from legacy infrastructures," it adds.

This number could increase significantly following a recent investment by Carlyle Group of $235 million to acquire a 25% stake in Nxtra.

For Airtel, the partnership offers an opportunity to expand its enterprise business revenues, offering new products. The service provider claims to have 2,500 large enterprises and more than a million emerging businesses as customers.

Clash of the titans
India's cloud computing market is emerging as a new front for the battle of supremacy between arch-rivals Reliance Jio and Bharti Airtel.

With Internet and telecom giants involved, it might lead to a price war in this segment as the players slug it out for greater market share. They will also face competition from China's Alibaba and Tencent, though there is a growing anti-Chinese sentiment.

The country's public cloud market is likely to touch $7 billion by 2024, up from $3.4 billion in 2020, according to the International Data Corporation (IDC).

The COVID-19 pandemic has further accelerated digitization, as companies have been forced to move online to ensure business continuity.

AWS is the market leader in the country, followed by Microsoft Azure and Google Cloud.

Barring the 2015 tie-up with Airtel, AWS hasn't worked with any other Indian operator. It also announced an investment of $1.6 billion earlier in 2020 to set up two data centers in the state of Telangana.

India is following the global trend of telcos forming partnerships with Internet giants to address enterprise cloud computing demands. Elsewhere, Google Cloud tied up with Orange Business in France, Telefónica in Spain, Vodafone in UK and Telecom Italia in Italy.