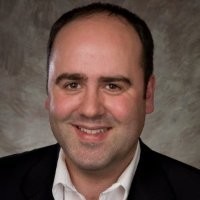 In February, the Telecom Infra Project (TIP) industry forum announced the creation of "The Open Core Network Project Group." This group said it was working on a cloud-native mobile core that supports 4G, 5G and WiFi access technologies for deployments "in licensed, unlicensed or shared spectrum, and in private networks," according to the group's website.

We have seen in the recent past that various attempts to open up the telco cloud ecosystem and value chain have had contrasted results:

As we know, these efforts are aimed at disrupting the current telecom infrastructure provider cost structure by disaggregating traditional networks. First by separating hardware from software, so that the solutions can be deployed in white boxes  Commercial Off The Shelf (COTS) hardware  rather than costly proprietary ones. Second, by breaking telecom functions into software elements that can be deployed, managed and sourced independently from each other. This is key in the sense that it allows new vendors to enter the ecosystem, who can specialize in specific elements rather than end-to-end solutions. This increases competition and allow a more flexible sourcing strategy, with either best-of-breed vendors for each elements or selection of vendors for fit-for-purpose use cases deployments.

The key to enable the above-referenced scenario is an architecture that is accepted by all, with well-defined software elements functions and more importantly, open, standard, rigid interfaces that guarantee that one vendor can be substituted by another without undue integration effort.

5G is supposed to be the first telco cloud network that is natively virtualized, software-defined, elastic and automated at scale. This can be achieved today by deploying a single vendor solution from one of the dominant telco vendors. Things start to complicate vastly if one wants to deploy a multi-vendor network. Since the standards are not quite finalized on some of the elements and behavior of a 5G network and operators are announcing and launching 5G networks nonetheless, vendors have to fill the gaps with proprietary implementations, and extensions to the standards to make their end-to-end solution automated, software defined and elastic.

Why telcos need open core surgery
One last bastion of telco proprietary implementation is the Core network. The Core network is basically the brain of the telco network. All the consumer data is stored there, all the charging systems reside there, all the elements to decide where traffic should go and how it should be treated live in the Core. This brain is very complex and composed of a number of elements that have, until now, usually been sold and deployed from single vendors. This has long been a trojan horse for dominant telco vendors to control a network. It is also a self-perpetuating decision, as the evolution from one standard version to another or from one generation to another is much more cost-effective as an upgrade of the current vendor's solution as opposed to a rip and replace by a new vendor.

With 5G, the traditional vendors had a few different architectural options for core deployment and they mostly elected a non-standalone (NSA) version, which can only be deployed as an upgrade to the 4G EPC. It essentially guarantees that a current 4G core deployment will evolve to 5G with the same vendor, perpetuating the control over the network. This does not only affect the core network, it also affects the Radio Access Network (RAN), as its implementation, in the early stage of 5G is dependent on harmonious interworking with the core. As a result, many traditional core vendors who are also RAN vendors have created a situation where the only practical and economical way for an operator to launch 5G fast is to deploy core and RAN from that same vendor. This situation perpetuates the oligopoly in telco supply chain, which reduces innovation and increase costs.

TIP's Open Core project group is an attempt to create a core network for 4G and 5G that will be open, composed of software elements that will be provided by independent vendors, all using the same open interfaces to allow low-touch integration and increase the rate of innovation. If the group follows the same path as Open RAN, it could become a major disruption in telco networks, enabling for the first time in decades the possible deployment of a full telco network from a rich ecosystem of vendors and an innovation pace in sync with what we have seen from the hyperscaler world.