Juniper CTO Bikash Koley has dipped back into Google's ranks to find a new leader for the Contrail business unit.

Juniper Networks Inc. (NYSE: JNPR) has hired Morgan Dollard, senior product management lead for Google's Games division, to be vice president and general manager of Contrail. Koley, who joined Juniper late in the summer, announced the appointment on LinkedIn earlier this week, and Juniper confirmed it with Light Reading today. 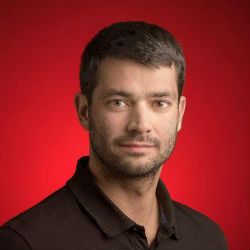 Morgan Dollard, whose Twitter page has a calming, zen feel.

Singla will remain with Juniper as a part-time consultant, a spokesman says. But Singla's LinkedIn profile says he is now CEO of a new startup, called Volterra -- presumably different from the Volterra that got acquired in 2013 by chipmaker Maxim Integrated Products.

Contrail Systems developed an SDN controller intended to work at carrier scale, in contrast to other early SDN efforts that targeted data centers. After acquiring the startup, Juniper open-sourced part of its technology, creating the OpenContrail community. Contrail has since spread into other categories, including Contrail Cloud for cloud orchestration and Contrail Security, which was launched in August. (See Juniper Secures Cloud-Native Apps.)

lightreceding 11/16/2017 | 12:28:54 PM
Contrail is exhaust vapor The brain trust has left the Contrail team. Soon Dollard will find out why. Contrail had the advantage of having distributed controllers to increase scale but it didn't do DCI to  take advantage of that until much later. The security that they anounced is just network segmentation that VMware NSX has had since the beginning. Open Contrail was an attempt to exend the reach in to the open source community but it didn't catch on. It's too bad that Juniper didn't know how to market Contrail. They are now an also ran. Dollard will be knocking on Google's door in a year asking to be let back in.
Reply | Post Message | MESSAGES LIST | START A BOARD

Craig Matsumoto 11/16/2017 | 11:57:04 AM
New Startup An update: We know what Volterra is doing, in general. Singla contacted us shortly after the story posted, to say that Volterra closed a round of funding. They're now disclosing that the company is in the edge computing space -- so now, we at least have a genre to assign them to. Hoping to get more details shortly.
Reply | Post Message | MESSAGES LIST | START A BOARD