In what they are billing as a first-of-its-kind demonstration, ADVA Optical Networking teamed with IBM and Marist College last week to demonstrate the ability to automatically reconfigure wavelengths on an optical transport network connecting three datacenters, based on application triggers. (See ADVA Claims Virtualized Optical Network First.)

Using software defined networking (SDN) and OpenFlow-based control, including an open-source SDN application developed by Marist College scientists, the demonstration was able to automatically set up and tear down wavelengths among three datacenters, along with spinning up virtual machines, in a matter of five minutes. That replaces a process that normally takes carriers days or weeks, says Todd Bundy, director, Global Alliances, ADVA Optical Networking .

"To do this today, you would go to your optical group and get them to provision a wavelength, then you have to go to your Layer 2-Layer 3 switch group, the LAN guys, then to people who manage the virtualized server environment," Bundy says. "For our customers, that can take weeks, even months."

The ADVA-IBM-Marist demo accomplished that process, including the Layer 1 optical portion, in a matter of minutes without any people, based on application triggers, Bundy says.

The demonstration is one of many efforts by vendors in the SDN and network functions virtualization arenas to show the practicality of virtualization and that it is within the grasp of network operators. (See Ciena Rallies Research Nets for SDN Demo and New Group Ties NFV to the Cloud.)

This demo used an SDN test bed at Marist, along with three geographically diverse datacenters in which IBM's switching, server, and storage technology was deployed. The datacenters were connected by an optical network based on ADVA FSP 3000s, using colorless and directionless re-configurable optical add-drop multiplexers (ROADMS).

This type of functionality could enable enterprises to get pay-as-you-go bandwidth in addition to cloud computing and storage, says Casimir DeCusatis, Distinguished Engineer, IBM Corp. (NYSE: IBM). Other immediate applications include more efficient use of network resources, replacement of costly one-for-one network backup architectures with 1XN pools of dynamic wavelengths, and much more effective disaster recovery.

"We see a tremendous interest in the market from our clients who want to run dynamic workloads, which is very different from five to 10 years ago, DeCusatis says. Both inside the datacenter and among datacenters, network connections need to be as dynamic as computing and storage resources have become in the cloud era.

Both DeCusatis and Bundy say they believe theirs is the first demonstration of its kind that goes all the way down to Layer 1, the optical layer, in making resources dynamic. It is possible to use today's existing network resources at that layer and add dynamic reconfiguration capabilities with software, DeCusatis says.

The other key piece to the demo is that it is based on open-source software, Bundy says.

The initial benefits of dynamic reconfiguration of network resources favor enterprises more than service providers, the two men admit, but in the longer run being able to run more efficient networks that aren't overbuilt for backup purposes and offer new services such as advanced disaster recovery will pay off as well for network operators.

ANON1246023630449 9/17/2013 | 2:20:55 PM
More details on this demo... Thanks to everyone for their comments so far!  Regarding a few of the questions raised on this thread:  this demo was actually done using the Floodlight open source SDN controller, since Open Daylight wasn't available at the time we started this work months ago.  Both IBM and Adva are active members of Open Daylight, and we plan to incorporate that controller into our next round of testing.  Also, note that there were several types of code interacting during this demo:  (1) Avior (open source SDN management GUI written by Marist College) (2) Advalanche (orchestrates Adva optical gear from OpenFlow SDN controller)  (3) Ganglie (open source code which senses & triggers VM migration when the server exceeds a certain load factor) and of course VMWare and the open source SDN controller.

Today it can take days to provision resources within a single large data center network, and weeks to provision the WAN.  This demo shows the capability to do both in minutes, roughly the same timeframe that we can spin up a new VM on the server.  This is significant because we are finally reaching the point where the network provisioning within and between data center is no longer a bottleneck to deploying new services.  As an added bonus, we accomplish this with open standards (OpenFlow) running both data center & WAN interfaces, automated reprovisioning, and a wireless network controller (iPad).  This should be of interest to data centers and telco/SP users trying to contain capital expense and automate network provisioning; the business case is quite easy, much like the case for virtualizing a server vs running static workloads.

If you don't have one of the many OpenFlow compatible network devices on the market (including embedded switches in IBM PureSystems), then you can still get some benefit from a virtual overlay network, such as DOVE, which we plan to explore in a future research project.
Reply | Post Message | MESSAGES LIST | START A BOARD 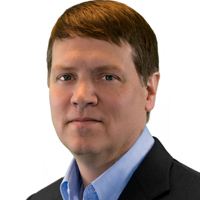 JimTheodoras 9/17/2013 | 11:41:43 AM
The possibilities are mindboggling. While I think there are plenty of end customers who could use this type of capability, let's not forget the Service Providers themselves would greatly benefit from this type of flexibility. While the mega data center operators get all the attention, the SP's themselves have built huge clouds of both compute and storage resources.

Even if the SP's were simply connecting other vendors data centers, they still run into data storms that bring network links to their knees. Verizon has been very vocal about using SDN for the "follow the sun" use case.

I'm with Dan, here. I think Service Provider relevance could happen quicker than most people might guess.

But, let's not trivialize the Data Center drivers either. Their databases have outgrown their mega data centers; their traffic demand is ridiculously volatile. A huge amount of their transport is load balancing, replication, and duplication.

As for why "OpenDaylight" was not mentioned, I assume to call the SDN controller an OpenDaylight controller would mean a stable load was available and some sort of certification or approval was obtained to use their name. As suggested, since ADVA and IBM are both members, I'm sure there were synergies there.

I guess I'm a big picture kind of guy, because for me the main takeaway was seeing true multilayer optimization of a flow, by an external open source controller no less. The possibilities are mindboggling.
Reply | Post Message | MESSAGES LIST | START A BOARD

Opendaylight has indeed been taken into consideration. We'll just have to stay on our toes until the first stable release of Opendaylight.

sam masud 9/16/2013 | 1:33:20 PM
OpenDaylight anyone? Curious if the OpenDaylight effort figured into this demo since both IBM and ADVA are members of that group.
Reply | Post Message | MESSAGES LIST | START A BOARD

Dredgie 9/16/2013 | 11:55:13 AM
Re: Step one, the technology.... Heya, Ray - I think you are assuming this is a complete network overhaul (forklift upgrade) when the chances are it's not. With Multilayer Carrier SDN implementations like this, only the edge devices are new. The (PCE / OpenFlow) SDN controller chucks provisioning commands down to the new edge device via OpenFlow OF-CONFIG, in this case – though it could be PCEP (w/extensions), PCEP + OpenFlow OF-CONFIG... or something else (YANG/NETCONF?). The edge devices then provision the core using existing techniques (i.e. GMPLS, RSVP). The Core switches don't have to talk to the SDN controller at all – they are pretty much oblivious to the SDN nature of the provisioned paths. That's the theory, at least! :-)
Reply | Post Message | MESSAGES LIST | START A BOARD