Bigleaf CEO and Founder Joel Mulkey credits a conversation with his church's IT director for the inspiration for the company.

The church had an Internet outage, and because of that was unable to check children in to Sunday School or show videos during services. At the time, Mulkey worked for a regional Internet service provider -- Freewire Broadband, in the Portland, Oregon area -- and Mulkey tried to get the church a free Internet connection, so the church would have automatic connectivity failover.

To Mulkey's surprise, the church IT director declined.

"It should be something he would love to have, but he had tried to add an automatic network backup before, and it was so complex he wasn't interested," Mulkey said.

That led to Mulkey's founding Bigleaf, which provides cloud SD-WAN access as a service to small and midsized enterprises so that those organizations can have reliable, robust Internet access as applications increasingly move to the cloud. 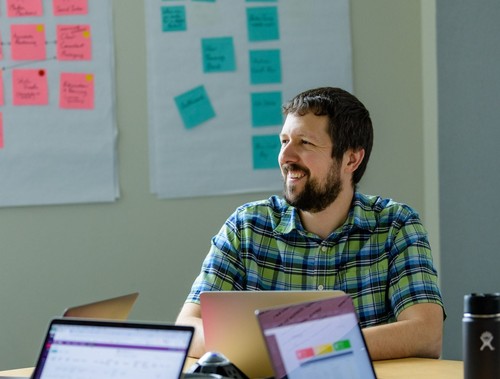 Bigleaf's Joel Mulkey
Join Light Reading in investigating the design of advanced 5G transport networks and the integration with edge cloud infrastructure and services. Register today for 5G Transport & the Edge in New York on October 10. Reserve your spot and learn from and network with industry experts; communications service providers get in free!

"If opening an app is slow or doesn't work, that's not acceptable," Mulkey says. "And you can't have your CEO jump on a conference call and have jittery video."

Bigleaf, which announced a $21 million Series B funding round last week, defines its SMB market, not by size of the business but by size and profile of the IT department. The companies tend to be small, although Bigleaf does have one Global 500 company a a customer. More importantly, Bigleaf's customers have very small -- or no -- IT departments. They're "IT lean," and have cloud applications that they need to be able to access to remain in business, Mulkey said.

"If you can just go to Starbucks for Internet, you're probably not a Bigleaf customer," Mulkey said. "Likewise if you have a big IT team, then our autonomous approach is not a good fit."

The low end of Bigleaf's market tends to be "skilled services," such as medical offices and law offices; big enough to lose significant money if the Internet connection goes down, but not big enough to have a large IT team.

One Bigleaf customer is a nationwide chain of senior living facilities, with an IT-lean headquarters and widespread locations with "pretty sophisticated IT needs," Mulkey says, including health records systems, public WiFi and data centers.

Bigleaf focuses on connectivity, and partners with other companies for security, including WatchGuard, Fortinet, Cisco Meraki, Juniper and more. "Because we sit outside the company's security perimeter, anyone can use us without touching their internal security," Mulkey says.

Bigleaf's service, branded the Cloud Access Network, has access points colocated in carrier hotels, with a private backbone and extensively peered public Internet connectivity, Mulkey says. Locations are San Jose, Los Angeles, Dallas, Chicago, Atlanta and New York in North America, and Frankfurt, Amsterdam and London in Europe. The carrier hotels housing Bigleaf's service also house network edges for major cloud providers, including Microsoft, Amazon and Google, eliminating the need for on-premises equipment at the cloud location. "If your traffic is running from Bigleaf to Office 365 it never hits the public internet uncontrolled," Mulkey says. The traffic is always on either Bigleaf's network or Microsoft's network.

About 80% of Bigleaf's revenue comes from telecom master agent companies, such as Intelisys, Telarus, CNSG and Microcorp. These companies are brokers who connect small businesses to telecom services, Mulkey said. The telecom master agent companies in turn have local agents who deal directly with the businesses seeking connectivity. "They're like your neighborhood insurance agency. They act like an IT consultancy," Mulkey says.

Bigleaf was founded in the beginning of 2012. While the company does not disclose revenue, it has more than 1,000 customers, with 95% gross retention and a headcount of 40 people.

The SD-WAN market is taking off and fragmenting, as service providers, like Bigleaf, and vendors, choose specializations. Some, like Bigleaf, choose to offer SD-WAN as a service, over the cloud. Other examples of this model include Cato Networks, which emphasizes security, and Aryaka, with large enterprise focus.

Adtran launched an SD-WAN product aimed at SMBs and distributed enterprises this week. Adtran says it plans to make the product available through service providers, MSPs and systems integrators.

Big carriers also offer SD-WAN, but Bigleaf claims better, hands-on services and greater agility to add new services. "We hear from partners who are specifically working with customers who are looking for a carrier agnostic solution," Mulkey says Companies have different locations and different regions.

"If you want legacy architecture from the late 90s, if you just want the next generation of MPLS, just get something from a carrier," Mulkey says.