Watson, who is a featured speaker at Light Reading's Network Virtualization & SDN Americas conference in Dallas starting Wednesday, uses the phrase "killer app" in its original meaning. A killer app isn't just a great app, it's an app that makes it a business requirement for companies to adopt a particular technology.

The classic example of the "killer app" is the spreadsheet, which was born nearly 40 years ago. Companies needed to adopt spreadsheet software to stay in business. Spreadsheet software needed personal computers to run on, which meant business PC adoption wasn't just a nice-to-have; it was a matter of survival. 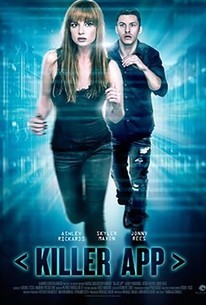 The initial hype around SDN was in the enterprise data center, but that didn't pan out simply because enterprises are shutting down their data centers in favor of the cloud, Watson says. "Although many corporations have seen marginal benefit from moving to software-defined networking in their own data centers, this hasn't had nearly as big of an impact because most companies are abandoning their data centers altogether and instead deploying workloads in [Microsoft] Azure and Amazon Web Services," Watson says.

But that same trend is driving a need for SD-WAN, as a less expensive and more flexible alternative MPLS to access applications in the cloud.

The jury is still out on whether SD-WAN adoption will drive network functions virtualization (NFV) adoption, Watson says. There are currently more than 70 SD-WAN vendors, with only about a dozen articulating plans to run as virtual network functions (VNFs). "Only five of them can run VNFs that are any good right now," Watson says.

Indeed, we've talked with some experts who say that NFV isn't viable at all, at least in its current implementation, although defenders say it's doing fine.

Watson says SD-WAN over NFV could become a compelling service, if practical, open source solutions, like flexiWAN SD-WAN, emerge that are predictable, stable and secure.

5G and the Internet of Things will drive demand for SD-WAN; both require network segmentation for security, which SD-WAN delivers, Watson says.

"It's Masergy's stance that you have to take security into account at step zero. You can't wait until you've finished your design and go, 'oh yeah, what about security?'" Watson said. An enterprise moving from 30 branches with hub-and-spoke networking to one or two data centers with central firewalls, and transitioning that network to 30 direct Internet connections, requires security at every site -- which SD-WAN delivers.