Zodiac Systems  a video software specialist that got its start making games before helping select cable operators, including Charter Communications, link their legacy platforms and new IP-powered systems  is preparing to scale up and take its act to the global stage.

Adding the necessary engineering and business resources to take on the growing number of "video transformation" projects cropping up around the world  particularly in regions such as Europe and Latin America  was a key driver of Zodiac's recent merger with Orion Innovation. Orion is a large company with more than 4,000 employees that specializes in digital transformation projects, according to Derek Harrar, a former Comcast video and entertainment exec who took the helm of Zodiac in late 2018. 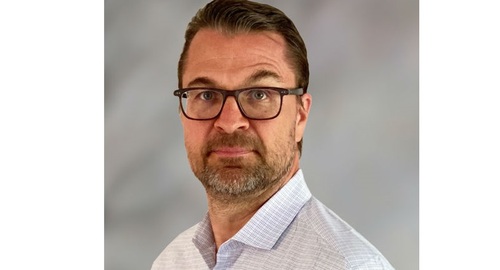 Derek Harrar, a former Comcast exec, was named CEO of Zodiac in late 2018 after serving more than three years on the board. Orion Innovation acquired Zodiac in June.

"With the quantity of opportunities we're seeing associated with what are video transformation projects or IP transformation projects, the overlap and the recognition that we need to have much more scale inside of Zodiac to accommodate some of these big projects represent a good alignment between Orion and Zodiac," said Harrar, who remains CEO of Zodiac while also leading Orion's media division. "Video was a complementary vertical addition to Orion. We realized to get to the next level, we were going to require a much larger engineering resource pool, hence the fit on both sides  We're winning projects with really long sales cycles."

Making the leap to IP video
Zodiac's main focus now is to help cable operators and other service providers begin to migrate their legacy video platforms to IP using a blend of set-top box software and a cloud-based system called Matrix. The general idea is to facilitate this migration by orchestrating and integrating a cable operator's older QAM-based and new IP-based video platforms (down to the underlying metadata and video security systems), thus avoiding the need for a straight cutover that could leave the operator with the onerous task of running two distinct video service and technology silos.

Under that approach, Zodiac could, for example, use APIs to map a cable operator's legacy VoD backoffice and conditional access and billing systems to the new ones supplied by an IP backoffice vendor. (MediaKind and Viaccess-Orca are among Zodiac's announced IP backoffice partners).

Meanwhile, Zodiac's cloud-powered Matrix platform would orchestrate the operations of the service provider's QAM and IP video domains. Additionally, Zodiac's set-top box software is tasked with lighting up a legacy VoD client or provisioning an IP player, depending on whether the movie or TV show file being selected is stored in the QAM or IP domain.

If a title is stored in both formats, Zodiac's system would select the IP version. But the overarching idea is to support both the QAM and IP domains concurrently over a period of time so the operator can eventually make a full leap to IP without having to swap out every set-top box.

Harrar said the vast majority of the company's new projects are for Matrix paired with Zodiac's set-top box software stack. He is also seeing activity pick up for Matrix among service providers that are starting to pivot to new platforms such as Android TV.

"It [Android TV] is certainly complementary from the perspective of Matrix," he said, noting that the operator would still need to integrate the new offering with the legacy billing systems and different metadata sources. "There's always integration complexity there."

But Android TV is just one example, as Zodiac claims its stack and cloud system are agnostic with respect to elements such as the user interface, set-top hardware and silicon. "We have no agenda whatsoever there," Harrar said.

As it pursues these emerging opportunities around the globe, Zodiac will be looking to expand on a business that has included video-focused projects for Charter (including involvement with Charter's hybrid QAM/IP "Worldbox" platform), Cablevision Systems (now Altice USA) and Canada's Rogers Communications.