Verizon does more with Android TV

Broadening its support of Android TV, Verizon has launched an upgraded streaming device that sells for $69.99 and features a new user interface from Verizon designed to provide consistency across mobile and TV screens. 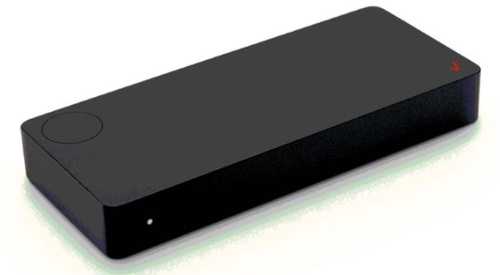 In addition to selling the Stream TV for $69.99 on a standalone basis, Verizon is offering the new Stream TV for no added cost to new Fios and 5G Home customers.

Powered by Android TV, Verizon's new Stream TV box supports 4K resolution, multiple high dynamic range (HDR) standards and 802.11ax Wi-Fi. It connects to Google Play, providing access to a multitude of streaming apps, including Netflix, YouTube TV, Pluto TV, Amazon Prime Video, Hulu and Disney+. The setup also comes with a voice remote supported by Google Assistant technology along with the option for users with direct-billing to a Verizon account to rent or buy titles directly from the telco.

As was the case when Verizon introduced its original Stream TV device last year, new Verizon Fios or 5G Home customers can get a Stream TV box at no added cost.

Verizon said the software enhancements developed for the new Stream TV follow the company's UI "principles" by using bold text and organizing content in a way that is consistent across mobile and TV screens. Verizon's broader pitch is that Stream TV provides a way for users to discover and access shows from a wide range of streaming apps and services from a single platform as it is optimized for Verizon customers to save favorites, settings and VoD purchases using a single sign-on. 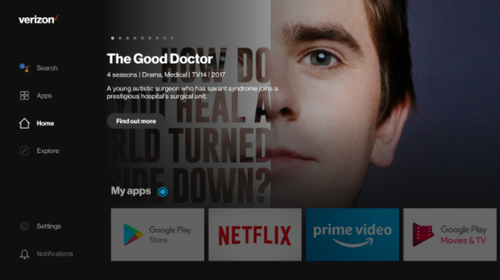 Not so coincidentally, Verizon is also launching the new product as it continues to embrace third-party streaming services and slowly distances itself from a legacy Fios TV offering that ended Q3 2020 with 3.92 million subs following a loss of 61,000 in the period. Notably, Verizon's relatively new Mix & Match offering leads with broadband and tends to steer customers toward a bundling partnership with YouTube TV, a Google-run OTT-TV service that recently eclipsed 3 million customers.

Verizon launched the original Stream TV about a year ago, timing the debut with a promotion that offered a free year of Disney+ to mobile customers on unlimited tiers and to new home broadband customers. Verizon noted that its new UI is also being deployed to first-gen Stream TV boxes.

Android TV continues to catch on with service providers

Verizon is also the latest major service provider to put more weight behind Android TV. The centerpiece of the new AT&T TV service is an Android TV box, and T-Mobile's new TVision service has been optimized to run on an Android TV-powered dongle that sells for $50.

Examples of other operators that have worked Android TV into their pay-TV options include WideOpenWest and TDS. TiVo, meanwhile, has adapted its new Android TV-based Stream 4K device as an option for its various pay-TV partners, including RCN, Grande Communications and Wave Broadband.