Looking to beef up its already growing usage numbers, Pluto TV, a free, ad-supported streaming service, has revamped its programming lineup with a blend of new linear TV-style "channels" and content categories.

Pluto TV, an advertising VoD (AVoD) service acquired by Viacom (now part of ViacomCBS) in 2019 for $340 million, said it is launching a dozen new channels in the US today, including some focused on classic TV shows ("Three's Company," Johnny Carson TV, and "The Rifleman" and other streaming channels focused on areas such as Westerns, Comedy, Love Stories and Suspense. 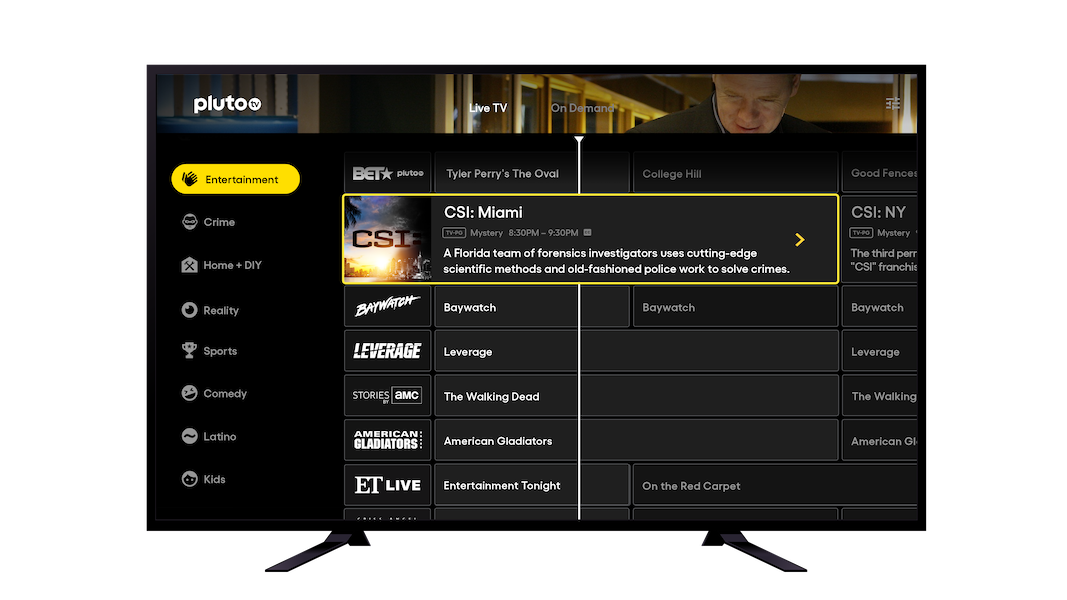 Pluto TV is changing channels... and its mix of content genres.

Those new channels will fit into a new mix of 15 categories featuring new and existing programming, including Movies, Entertainment, Crime, Comedy, Classic TV, Sports, Latino, Gaming + Anime and Kids, among others.

Pluto TV said the revamp and reorganization of its channels and overall content slate is designed to optimize viewing, discovery and navigation of a slate that's generally based on a mix of older, catalog content and newer fare from more than 200 partners.

Strategic asset amid decline of pay-TV
Pluto TV currently supplies more than 100,000 hours of content. ViacomCBS reported that Pluto TV had 26.5 million domestic monthly active users (MAUs) at the end of Q2 2020, up 61% year-over-year. With its growing international territory tacked on, Pluto TV's MAU base is roughly 33 million.

As a key driver of digital ad revenue, Pluto TV has become a strategic asset for ViacomCBS as the media giant continues to pivot programming and distribution of both free and subscription-based direct-to-consumer (DTC) services amid the ongoing decline of the pay-TV business. Pluto TV is also expected to become a promotional vehicle for a new "super" streaming service from ViacomCBS that will succeed CBS All Access and debut under a new brand name in early 2021.

Pluto TV has also hedged its bets a bit, complementing its DTC model with partnerships with certain pay-TV operators. Among them, Comcast has integrated Pluto TV with its X1 pay-TV platform as well as Xfinity Flex, a streaming/smart home product tailored to the cable operator's expanding broadband-only customer base.

According to Nielsen, AVoD usage continues to pick up steam, representing about 21% of an "other" streaming category that does not include big-name SVoD services such as Netflix, Amazon and Hulu. 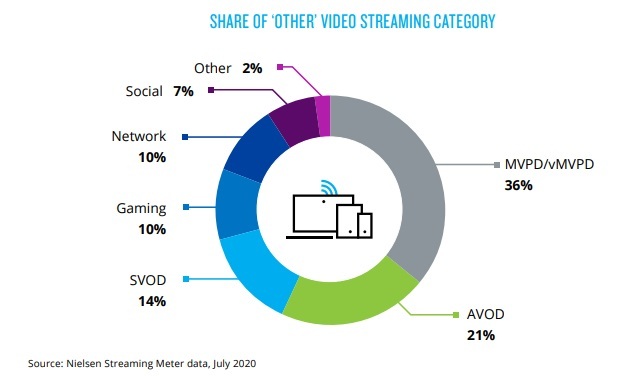