Netflix's expanding global subscriber base seems to have no bounds. The subscription VoD streaming giant tacked on another 8.5 million subscribers in Q4 2020, raising its grand total to 203.66 million, up 21.9% year-over-year.

The 8.5 million subs worldwide added in Q4 clobbered the 6 million Netflix expected to add in the period. 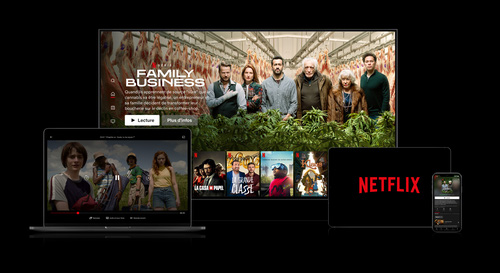 Netflix estimates that 41% of new subs in Q4 came from the EMEA region.
(Image source: Netflix)

The Q4 results again shone the light on Netflix's global reach and that its growth engine will continue to be driven from outside the US and Canada from this point forward.

Netflix estimated that 83% of its paid net adds in 2020 came from outside the US/Canada (UCAN) region. About 41% of Netflix's new subs in Q4 came from the EMEA (Europe Middle East and Africa) region, followed by contributions from the Asia Pacific region.

Combined with its $8.2 billion cash balance and its $750 million undrawn credit facility, Netflix believes it no longer has a need to raise external financing for its day-to-day operations.

Netflix expects Q1 2021 revenues of $7.12 billion and to add 6 million more subs worldwide, ending the period with 209.66 million. Expected sub gains in Q1 2021 will be well below the whopping 15.8 million added in Q1 2020, a period that included the impact from pandemic-fueled shutdowns.

Amid the ongoing pandemic, Netflix said it now has more than 500 titles currently in post-production or preparing to launch on the streaming service. Netflix plans to launch at least one new original film every week in 2021.

"Our productions are back up and running in most regions  we have learned that flexibility and adaptability are paramount in this fast-changing environment," the company explained in its Q4 2020 investor letter (PDF).

Keeping the new content flowing will be critical for Netflix as it attempts to maintain its streaming lead over newer OTT services such as HBO Max, Peacock from NBCUniversal, Discovery+ and Paramount+, a rebranded and broadened version of CBS All Access that will launch in the US and in Latin American on March 4.