Upon that launch, current subscribers of HBO through Amazon's Prime Video Channels service will be able to log in to the HBO Max app with their Amazon credentials at no additional cost, the companies said. Additionally, the HBO app on Fire TV and Fire tablets will auto-update to become the HBO Max app; customers will be able to log in using their existing HBO credentials. HBO Max has also been optimized to work with Amazon's voice-powered Alexa platform. 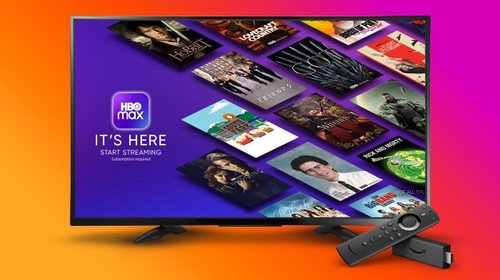 According to Variety, the arrangement eliminates a key issue that came up during negotiations, as WarnerMedia wanted to remove the legacy HBO as a channel from Prime Video Channels as it continued to pivot over to the broader HBO Max platform/experience.

The agreement with Amazon, which counted some 40 million active Fire TV users as of early 2020, provides HBO Max with a key streaming distribution point almost six months after the service debuted on May 27.

HBO Max "activations" reached 8.61 million at the end of Q3 2020, thanks to a blend of distribution with pay-TV partners, along with direct-to-consumer sales of the standalone HBO Max service.

Getting HBO Max distributed on Fire TV, which has no doubt blown well past 40 million active users over the past 11 months, should boost those activation numbers in the months to come. WarnerMedia, which expects to launch an ad-supported version of HBO Max sometime in 2021, forecasts that HBO Max will have 75 million to 90 million subs worldwide (including 50 million in the US) by 2025.

HBO Max still lacks an agreement with Roku, which ended Q3 2020 with 46 million active accounts. But WarnerMedia is in discussions with Roku about HBO Max, a WarnerMedia spokesperson said.