Charlie Vogt, the former CEO of ATX Networks, enjoyed a homecoming of sorts when he departed the cable-focused vendor in August to take the reins of Dasan Zhone Solutions (since rebranded simply as "DZS"), a telco-oriented network technology supplier.

Perhaps some of the same can be said of Dan Whalen, who recently left fiber-focused Adtran to take the CEO slot at ATX that Vogt vacated. Whalen, an industry vet late of companies such as Cisco Systems and Arris/CommScope, now finds himself back in the cable technology fold. 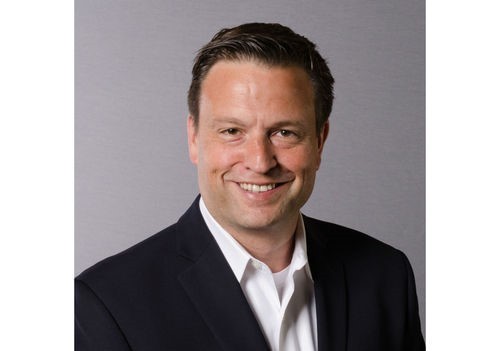 "it is sort of like family for me. It's the business that I came out of," said Whalen, who most recently served as chief product officer at Adtran and, before that, headed up the network and cloud unit of Arris/CommScope. "I've been in this space of helping to make broadband better from a performance perspective but also affordable and economical so we can connect more people. That's what I've been doing for close to 23, 24 years now."

ATX, he said, "really fits into that passion and vision that I have for myself  I feel that my experience and knowledge of the community and relationships is really going to play nicely in helping them do this the right way."

Whalen is joining ATX at a time when cable operators are starting to move ahead with big hybrid fiber/coax (HFC) network upgrade projects that involve distributing network elements toward the edge, virtualizing the access network and extending or enhancing RF spectrum to beef up both upstream and downstream capacity.

As cable operators start to prep their networks for DOCSIS 4.0, ATX's role will center on amps, passives and line extenders that enable spectrum upgrades to 1.2GHz or 1.8GHz, with an eye toward 3GHz. That part of the business is also expected to get a boost as ATX introduces a line of new cable amps that are compatible with Cisco's GainMaker technology. ATX is effectively taking over that piece of Cisco's cable access hardware business. But ATX will have company, as Technetix has also developed new products that will take aim at the piece of the market Cisco is exiting.

ATX is also a key vendor involved with the Generic Access Platform (GAP), an SCTE/ISBE-led initiative focused on standardized node housings that will support edge compute and modular service modules for multiple access technologies, including DOCSIS, PON and 5G.

Whalen expects GAP products to get through testing and be ready to go in 2022. ATX, which is developing the standardized GAP housings, has a six- to nine-month head start on other suppliers, Whalen believes.

"I think ATX is really well lined up for where the bulk of the cable spend particularly is going to happen over the next few years," including such areas as RF upgrades, the transition to a distributed access architecture and new GAP nodes, Whalen said.

Whalen said ATX is also keeping an eye on opportunities that might emerge from the multi-billion-dollar US Rural Digital Opportunity Fund (RDOF). While much of RDOF will likely focus on PON and new wireless technologies, there could be room for ATX to swoop in and help out where HFC might be the answer in rural areas in need of gigabit speeds.

"I don't think the operators have a lot of [RDOF] footprint addressed with DOCSIS, but there's definitely going to be some," he said.

Whalen doesn't see a pressing need for ATX to add PON to its own product portfolio. But he does expect there to be opportunities for technology partnerships that, for example, would add PON capabilities to a multi-access GAP node.

"Right now, I don't feel compelled to have to have that solution in my portfolio," he said. "There's enough PON players out there that are building modules to go into a node. When the time's right, we'll integrate with those within the GAP framework."