Despite entering an already crowded market, TVision is "aggressive and competitive," Charlie Ergen, Dish's chairman, said on today's Q3 2020 earnings call, when asked for his thoughts on T-Mobile's latest offering. "We have to be on top of our game to compete." 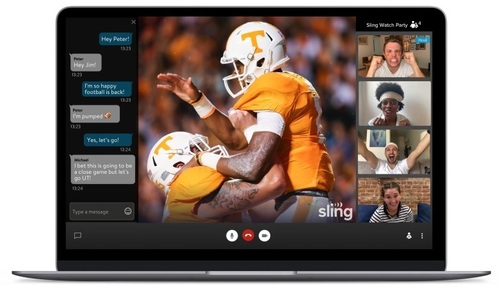 Eric Carlson, Dish's president and CEO, echoed that TVision appears to be a "very competitive product."

TVision's $10 per month "Vibe" package has drawn comparisons to Philo and its entertainment-focused OTT-TV service that starts at $20 per month. However, TVision's more expensive "Live" packages are more comparative to Sling TV as well as other virtual multichannel video programming distributors (vMVPDs).

It's still not clear how T-Mobile will price and package TVision once it expands the service beyond T-Mobile's postpaid mobile base, or if TVision might need to alter its offers in the midst of a public complaint by Discovery CEO David Zaslav that TVision violates T-Mobile's distribution agreements with the programmer. NBCUniversal and ViacomCBS reportedly share similar concerns about TVision. T-Mobile believes it is complying with its distribution contracts.

Even as TVision comes on the scene, Dish's Q3 2020 pay-TV results weren't bad, as sub additions at Sling TV were enough to offset a relatively small loss for the satellite-based Dish TV service.

The rate of satellite losses is at 3.8%, and has slowed from a rate of decline of about 11% at the start of 2019, according to Craig Moffett, analyst with MoffettNathanson.

Though Dish TV has been less aggressive with customer acquisition marketing during the pandemic, Carlson attributed general, recent improvements at the satellite TV division to a focus on the rural US along with a disciplined approach to gaining and retaining long-term, profitable customers. While that rural focus has helped Dish in the short term, some industry watchers wonder if that opportunity could later dry up amid government funding programs designed to bring broadband to areas with little or no coverage.

Sling TV, Carlson added, has been helped by the return of televised sports during the pandemic and the introduction of new enhancements such as a "Watch Party" feature that lets subs sync up viewing with up to three guests.

"Sling's gains come as they have cemented their positioning as the lowest-priced 'full service' vMVPD," Moffett noted.

While Sling TV took a $5 price increase in January, YouTube TV, for example, raised prices faster and is now much more expensive, he points out. "The vMVPD segment isn't where departing customers are going anymore. But Sling is still, by far, the cheapest of the lot, and that alone might have been enough to expect that they would be able to benefit a little. Last quarter, it wasn't. This quarter, it was."

Dish has also seen some improvements come in from a commercial services sector that's been hurt as businesses around the country were forced to close or run at reduced capacity particularly during the early phases of the pandemic. As a result, about 250,000 commercial Dish TV subs were removed from the overall count in Q1, but Dish continues to see some of them reenter the fold.

In Q3, about 35,000 such customers restored service or ended temporary rate relief, but 5,000 accounts were disconnected in the quarter. Dish is hopeful that a remaining 148,000 commercial, at-risk accounts will be restored in coming quarters.

Ergen also reiterated a stance that a merger of DirecTV and Dish is a fait accompli, despite recent reports that the US Department of Justice would block such a union over antitrust concerns.

Ergen argued that a combo of DirecTV and Dish should not be viewed as a threat to pay-TV competition given that major programmers have emerged as threats themselves as they continue to develop and launch direct-to-consumer streaming products.

"Make no mistake, whether it's a year from now or ten years from now, I believe that it's inevitable that those companies go together," Ergen said.

AT&T has been trying to unload its struggling DirecTV unit and reportedly is looking to deconsolidate its pay-TV business by selling off a sizable minority stake in DirecTV, U-verse TV and the AT&T TV Now streaming service.