Although still mum on pricing, packaging and an actual launch date, Discovery Communications is putting the "finishing touches" on a new direct-to-consumer streaming product that will aggregate content from across the media giant's programming stable, CEO David Zaslav said.

"We believe there exists a great opportunity to reach the growing quadrant of viewers who either don't have access to our brands and content, or want to consume content out of the traditional video ecosystem," Zaslav said.

The launch of the new OTT service will expand Discovery's pay-TV business, which already uses streaming apps for authenticated pay-TV customers, and dunk Discovery into an ever-expanding sea of general entertainment and niche subscription VoD services. 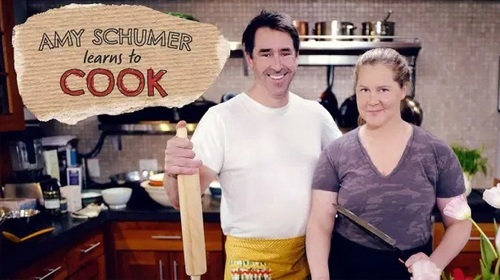 Discovery has continued to pump out new, original content during the pandemic, including new episodes of the Emmy-nominated series, remotely-produced series, "Amy Schumer Learns to Cook," for Food Network.

At the same time, Zaslav believes Discovery can stand apart in that crowded field with a differentiated blend of programming, He noted that the company has been able to spool up more than 1,000 hours of new original content during a pandemic that has caused most broadcasters and networks to rely on "tired repeats and reruns of scripted shows." Of note, he said "Amy Schumer Learns to Cook," shot from home for Food Network, was nominated for a Primetime Emmy.

A new 'SUV' for the streaming highway
Zaslav also described Discovery's DTC product as a new and differentiated "SUV" that will travel on a road put down by the likes of Netflix, Amazon and Disney, which have played a big role in altering consumer viewing behavior with subscription-based, on-demand streaming services.

"We have a new SUV," he said. "But our SUV is filled with large, fresh content, a huge amount of original content  We have the full lane that we need in order to be effective."

Not immune from pay-TV churn
But even as Discovery's new direct-to-consumer product becomes a more prominent weapon in the programmer's arsenal, Discovery "naturally won't be immune from subscriber churn" as the traditional pay-TV market continues to reel.

However, Zaslav did give a shout-out to Philo, a Discovery-backed, low-cost, sports-free virtual multichannel video programming distributor (vMVPD), as a pocket of strength during this time. Philo, launched nearly three years ago, announced today it has more than 750,000 subscribers, having already doubled its sub total in 2020 alone.

Discovery is also seeing the pace of TV advertising pick up a bit following a lull during the pandemic, even though overall levels remain below those of last year.

"It feels like the advertising markets have largely bottomed and the worst is behind us, though I would caution that visibility still remains relatively limited," Zaslav said.

"Discovery needs to build a big enough [direct-to-consumer streaming] business quickly enough that can serve as a Life Boat (SUV?) to offset the long-term worries about the melting ice cube that is global Pay TV," Michael Nathanson, analyst with MoffettNathanson, explained in research note issued today.