CuriosityStream, a streaming service started up by Discovery Channel founder John Hendricks, is preparing to go public through a reverse merger at a time in which several major programmers and media companies have launched or are preparing to launch their own direct-to-consumer, subscription OTT video services.

CuriosityStream, a subscription VoD service that's sold on a standalone basis and complemented by distribution and/or bundling deals with companies such as Comcast, Sweden's Com Hem, YouTube TV and T-Mobile, is merging with Software Acquisition Group. 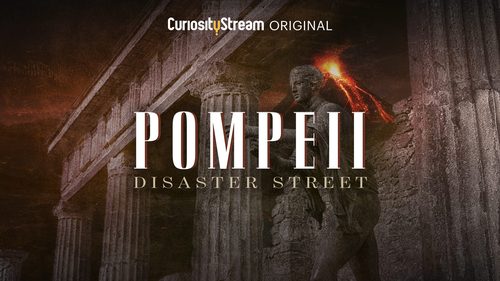 In addition to scaling up its global sub base, CuriosityStream also plans to expand its ability to produce original content for the fact-based streaming service.

Building on a base of 13 million subs
Considered an SVoD pioneer during a time in which consumer adoption of paid, relatively niche streaming services started to pick up, CuriosityStream debuted in March 2015. It now has more than 13 million subscribers spanning 175 countries and a library consisting of a mix of 3,100 original and licensed titles. About 60% of its sub base is outside the US, about a third of its programming is original fare and about 80% of its subscribers are on an annual plan.

CuriosityStream, which will trade on the NASDAQ exchange under the "CURI" ticker when the deal closes in Q4 2020, said it expects the merger to provide cash to help fund a growth acceleration plan with respect to both subscribers and original programming.

"As we're a global service, we see a path to hundreds of millions of subscribers," Clint Stinchcomb, CuriosityStream's president and CEO, said. "Bundling will be a big part of that. Another big part of that will be programming and marketing."

Looking ahead, Stinchcomb, a former Discovery exec, said about 75% of content spending will be on originals, with the balance used for acquired/licensed titles.

"Our edit bays are full through the end of the year," he said. "We had a lot of stuff in post when the pandemic hit and we've been opportunistic on the [content] acquisition side."

Crowded streaming market getting even more crowded
The SVoD service will be receiving the funds at a critical moment in the streaming era, as a handful of major programmers and media companies launch or prepare to launch general entertainment streaming services that will attract consumer attention and dollars.

For example, Disney+ (Disney), HBO Max (WarnerMedia) and Peacock (NBCUniversal) have launched in recent weeks and months. Meanwhile, ViacomCBS is preparing to launch a successor to CBS All Access early next year, and Hendricks' former company, Discovery, is approaching the finish line for its new, comprehensive OTT offering.

While any new, major streaming service applies pressure on the market, Stinchcomb believes that CuriosityStream's position as a pure-play factional streaming service will help it to stand apart in the crowded OTT video market. He also believes that the service's diversity of revenue lines (subscription, bundling, corporate and association partnerships, brand partnerships and programming sales) all have the potential to scale up to become $100 million annual businesses.

"What people are realizing today is that you can't launch one of these services with a 'Field of Dreams' mentality; meaning, if we build it, people are just going to come. It requires real, deliberate work," he said.