After Comcast: TiVo on the hunt for new game

With a critical, long-term patent licensing deal with Comcast finally salted away following years of litigation, TiVo is now starting to turn its intellectual property-facing attention to Canada and other international markets, along with other opportunities in the exploding streaming and over-the-top video markets.

"We're certainly not going to sit on our hands for the next few years," said Samir Armaly, president of IP licensing at Xperi, which completed its merger with TiVo in June. "We've still got lots of places that we feel there's opportunity to grow the business." 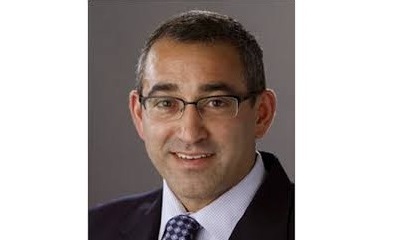 'We're certainly not going to sit on our hands for the next few years,' Samir Armaly, president of IP licensing at Xperi, says.
(Image source: Xperi)

He said the Canadian pay-TV sector has already been identified as an important market for Xperi to focus on.

"We feel like there are a handful that are unlicensed and we're in the process of trying to bring that to conclusion," Armaly said. "That doesn't mean that it's necessarily going to go to litigation with those folks. We've been pretty good about getting commercial deals done. That's certainly our hope. But putting Comcast behind us gives us the chance to take some bandwidth and resources that have been focused on that big opportunity and reprioritize."

TiVo renewed its licensing agreement with Shaw Communications, a Canadian operator that syndicates Comcast's X1 platform for its video products, last summer. But it's clear that TiVo/Xperi has been unable to avoid legal confrontations with some other service providers in Canada.

According to an Xperi 10-Q filing with the SEC, a lawsuit focused on four TiVo patents was filed against Videotron (another Comcast X1 syndication partner) in June 2017. After a temporary stay due to the pandemic, the Videotron suit resumed in May 2020, with closing oral arguments set for January 20-22, 2021.

TiVo also filed a patent infringement suit against Bell Canada in January 2018, and against Telus in February 2018. Both Bell Canada and Telus were previously indirectly licensed to some of TiVo/Rovi patents through a prior agreement between Rovi and one of their suppliers. Those cases are currently being heard together for purposes of pre-trial and trial proceedings, Xperi noted in the SEC filing. Written closing submissions are due in late November 2020, with closing oral arguments slated for January 14-15, 2021.

Armaly said Xperi/TiVo will also apply "renewed focus" outside the traditional pay-TV market, with a particular emphasis on OTT and video streaming.

"We think there's a material opportunity for us going forward," he said.

TiVo has already struck up some earlier deals in this area, including one with Netflix in 2016 that followed a brief legal scrum. A suit between TiVo and Hulu was dismissed in 2018. In 2018, TiVo signed an expanded patent deal with Google that included YouTube TV.

What changed in the Comcast case?

Financial terms of the new 15-year TiVo-Comcast agreement were not disclosed. However, the agreement, which settles all outstanding litigation between the companies, does pick up when the last deal between Comcast and TiVo expired in 2016. It also calls on Comcast to make an initial upfront payment based on the terms and conditions of the new deal.

Driven in part by the new Comcast agreement, Xperi raised its second-half 2020 guidance – from a range of $390 to $410 million, to $625 to $645 million. Xperi also reset its expected annual revenue baseline for its IP business to $350 million (up from approximately $300 million) starting in 2021. Xperi didn't elaborate on whether that $50 million increase is specific and exclusive to the new Comcast agreement or whether that increase will be fixed or variable on an annual basis.

Armaly said the new deal with Comcast is consistent with agreements forged with other major pay-TV players.

"If we didn't do something that was consistent with our program, we certainly would have to answer to our existing licensees," he said. "That was one of the fundamental tenets for us that we weren't going to do something that reset our licensing business. Consistency is what was important to us."

So, what changed? It seemed clear for years that neither TiVo nor Comcast was willing to blink as each side won small, but not decisive, legal victories in recent years.

Armaly couldn't speak to Comcast's drivers, but wondered if the cable op was waiting to see where TiVo ended up before writing a big check, and what the company's position would be regarding the litigation with Comcast following the Xperi merger.

Before merging with Xperi, TiVo's future was in flux as it explored M&A options and the possibility of splitting out its products business and its licensing and intellectual property business.

"I think it was important that on the other side with the merger with Xperi that the message was, 'Nothing has really changed,' " Armaly said.

He also chalked up the deal to a commitment by both sides to simply hash this thing out.

Xperi announced the Comcast agreement Monday in concert with its Q3 results.

Breaking free of the box 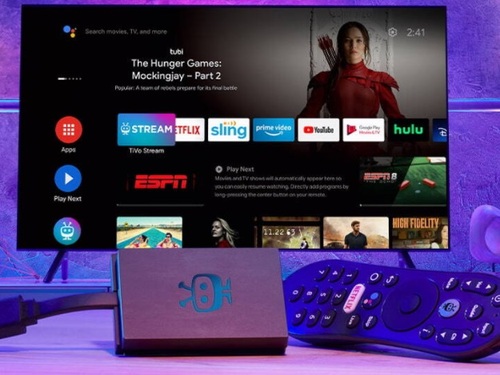 TiVo is exploring a plan to integrate its 'Stream' platform to smart TVs following its debut on a 4K-capable, Android TV-powered device.

Total Q3 revenues, which did not include any revenues from the new Comcast deal, were $202.8 million, down 6.2% versus the year-ago period. Xperi's licensing business dropped 9%, to $80.3 million, due to lower semiconductor revenues, and product revenues dipped 4.2%, to $122.5 million.

Revenues from TiVo's pay-TV business, based on partnerships with cable operators and telcos, were down 6%, to $55.6 million. Xperi noted that IPTV conversions with some partners slowed due to the pandemic.

The company's consumer-facing revenues rose 2%, to $49 million, aided by sales of the new TiVo Stream 4K, an Android TV-powered dongle launched in May 2020.

Xperi outlined a "phase 2" plan for the TiVo Stream platform focused on the integration of Stream as an embedded app in smart TVs in the 2022-2023 timeframe. A later phase will pursue Stream as a "comprehensive smart TV platform" in 2024.

Speaking on this week's earnings call, Xperi CEO Jon Kirchner said TiVo's multi-phased approach to the smart TV activity is in the "early innings," but at the initial feedback about the idea has been positive.

Notably, Comcast, the subject of the new patent agreement, is also pursuing a smart TV strategy for its X1 platform.