Rovi/TiVo is turning up the legal heat on Comcast, filing a new complaint at the US International Trade Commission that seeks to halt the importation of a handful of X1 set-top box models as well as an advanced gateway that can deliver both video and broadband services.

The six patents asserted by Rovi/TiVo today at the ITC are identical to those the company is asserting in a lawsuit filed April 22 with the US District Court, Central District of California. That suit takes aim at Comcast's X1 platform, including features such as multi-room DVR capabilities and integrated apps such as the X1 Sports app and OTT services that include YouTube, Netflix and Pandora. The asserted patents in that California case and the new one filed at the ITC are:

Suit seeks permanent exclusion order on several devices
In this latest complaint, filed today at the ITC, Rovi/TiVo is seeking a permanent general exclusion order that would bar entry into the US several X1 DVRs and client devices, including the XG1, XG2, XiD, Xi5, and Xi6, as well as the XB6, an advanced DOCSIS 3.1 broadband gateway that can stream both managed IP video as well as OTT video content. Of note, Comcast is using the XB6 in tandem with the Xi6 client for Xfinity Flex, a new video streaming/smart home product aimed at Comcast's broadband-only customers. 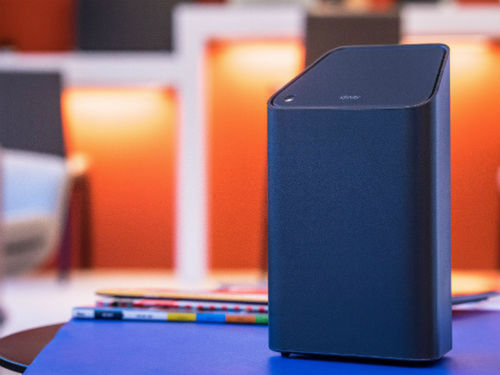 The Comcast XB6, a DOCSIS 3.1-powered device also known as the Xfinity xFi Advanced Gateway, is one of the products being targeted in the latest Rovi/TiVo complaint filed at the ITC.

The new TiVo/Rovi ITC complaint likewise notes that Comcast sources those products from manufacturers that include Arris (now part of CommScope) and Technicolor.

In the ITC, Rovi is also attempting to turn Comcast's X1 syndication deal with Cox against the Philadelphia-based cable operator.

Cox, Rovi said, secured a new patent license in July 2010 and remains in effect. "So unlike Comcast, Cox pays reasonable royalties to Rovi for the use of the same practicing technology," Rovi argued. Cox's relatively new Contour 2 platform, Rovi claimed, is based on X1 technology and "operates in a substantially identical manner to Comcast's own X1 system."

As part of its attempt to get a new licensing deal with Comcast, Rovi/TiVo has been firing lawsuits in the courts and at the ITC ever since Comcast's license with the video software company expired on March 31, 2016.

Comcast has refused to budge, arguing that the Rovi/TiVo patents are outdated, the complaints are "meritless," and that Comcast developed the technologies used for X1 in-house.

"Rovi has in recent years deployed its increasingly obsolete patent portfolio in an unsuccessful litigation campaign seeking to charge Comcast and our customers for technology that Rovi did not invent," Comcast said when Rovi asserted these same six patents in the California court.

Why this matters
There's a lot riding on this for Rovi/TiVo. The complaints enter play at a critical time for the company, which is undergoing strategic review that could see it split into its products business and its licensing and intellectual property business. The value of the Rovi/TiVo licensing business is not nearly as great as it would be if the company was successful in cutting a new deal with Comcast, the nation's largest pay-TV provider.

Meanwhile, a bad result for Comcast at the ITC could be extremely problematic for its video and broadband businesses if the operator -- and possibly its suppliers -- was blocked from importing new set-tops and gateways.

Both sides have had successes and setbacks at the ITC. While the ITC has tossed out some of TiVo's patents from earlier proceedings at the Commission, a ruling favoring TiVo there did force Comcast to disable a remote recording feature for X1. X1 customers can still set recordings via the set-top box, but Comcast has yet to develop or roll out a technical workaround that can perform that function via its apps for smartphones, tablets and web browsers.