Reaching an important milestone on its way to wrapping up a $7.4 billion deal announced in November 2018, Arris shareholders approved the proposed merger with CommScope at a meeting in London.

Arris Group Inc. (Nasdaq: ARRS) said the requisite majorities voted to approve all matters presented tied to the proposed acquisition by CommScope Inc. . Some 99% of the shares voting at the meeting approved the deal, Arris said.

CommScope and Arris expect to close the deal in the first half of 2019, though a bump in the road emerged in late December when an individual, Louise Agnes-Sampson, filed a complaint with a New York court alleging that material information on the deal, including some financial projections for Arris, was omitted from the proxy statement. 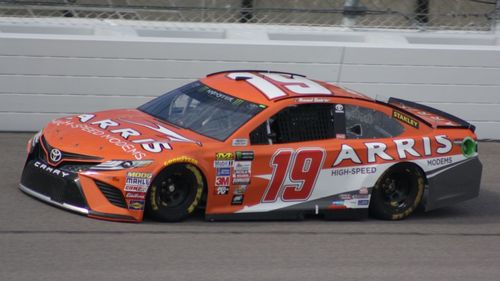 With shareholder approval in the rear view mirror, Arris is nearing the finish line for its proposed merger with CommScope. (Image source: Dante Ricci/TheRacingExperts.com, via ESPN.)

CommScope is set to pay $31.75 per share and a total price of about $7.4 billion, including a repayment of debt, for Arris. The Carlyle Group LLC is also on board to invest $1 billion and take a minority stake in the combined company. One big aim of the deal is to combine assets for the 5G era and link CommScope's expertise and products for licensed spectrum with Arris's in the area of WiFi and unlicensed technologies. Both companies have already developed complementary products focused on the emerging, shared 3.5GHz Citizens Broadband Radio Service (CBRS) band. (See Who's Doing What in the CBRS Band?)

In the weeks following the announced deal, rumors have been rampant that CommScope will look to sell Arris's declining video set-top box business. CommScope has not announced any final decisions as it continues to evaluate what it's buying, but CommScope notably been a bit more complimentary in its view of the future path of Arris's broadband consumer premises equipment business. (See Sale of Arris Set-Top Box Biz 'On the Table' for CommScope  Analyst and CommScope Still Hazy on Arris's CPE Biz.)

The forecast "paints a more optimistic picture for growth than our prior conservative model," which had attempted to account for the effects from a now-delayed raise in tariffs on Chinese imports from the current 10% to 25%, Simon Leopold, analyst with Raymond James Financial Inc. (NYSE: RJF), said in a research note.

Those tariffs were originally slated to rise to 25% on January 1, 2019, but have been moved to March as US and China officials try to iron out a new deal. (See US, China Agree to Delay Tariffs Hike , Arris: Tariffs Add $200M in Broadband Gear Costs, Threaten US 5G Plans and Arris: We're Tackling the Tariffs.)

"It does not appear that customers pulled orders into 4Q18 to avoid the tariffs," Leopold wrote.

Read more about the CommScope-Arris deal: