Is CCAP Already Out of Date?

Even as deployments of Converged Cable Access Platform (CCAP) technology start rolling out, there are already signs that CCAP -- as it was originally conceived -- may not provide an adequate response to the evolving demands on cable network infrastructure. Simply put, a completely converged architecture may no longer fit the bill as cable operators make the transition to IP video delivery. (See Life After CCAP.)

In an exclusive interview with Light Reading, Jeff White, chief strategy officer and a co-founder of stealth technology startup Gainspeed , shared his company's views on the near-term progression of cable network infrastructures. And White (pictured below), whose firm is promoting a new "virtual CCAP" approach, makes the case that cable operators may need to re-think how CCAP is deployed. The following transcript was edited for length.

LR: Very broadly, how do cable infrastructures need to evolve to support the continuing transition to IP video delivery?

White: When you're looking at this, you have to put it in context of what's happened over the past number of years. The cable operators have been wildly successful. Both on the video side and the data side, they've just had huge, huge success. Just to give you an example, on the data side, cable terminates over 83% of all [US] connections that are greater than 6 Mbit/s. In the US, they have coverage of over 93% of the homes. So they have vast coverage and they have huge pipes.

The challenge for cable guys with all this success is that their world has kind of been turned on its head over the past five years. And if you look at what's happened, we all know that the driving factor for Internet capacity growth has been the over-the-top guys.

In the past, a measured evolution has worked for the MSOs, but it can't work going forward. When you talk about this transition to IP video delivery, we don't believe that it can be standard operating procedure. [Cable operators] have to take a completely new look at how they're doing this because they need dramatically more data capacity. We just don't believe that today's solutions can scale -- even CCAP -- we just don't believe they can scale technically or financially.

LR: How do you think CCAP deployments will play out in 2014?

White: I think that operators will deploy CCAP where they really have density and capacity problems and they just can't wait. But we're really in the very early stages of these deployments, and I don't think we're going to see widespread deployment.

We've spoken to pretty much every major operator in North America, and many in Europe and South America and Asia, and most people we're talking to today are talking about distributed architectures. We think there's been a very clear mind shift around the concept of the architecture for the access network, and we think that they're working through what the right strategies are today.

White: There are a couple of options for what you would actually distribute. Remote PHY is just distributing the PHY to the edge of the network. [But] Remote PHY unnecessarily separates the DOCSIS MAC and the DOCSIS PHY, and that creates potential issues for timing synchronization. Just as importantly, it leaves the CMTS [cable modem termination system] as a physical box in the headend, which is probably one of the most costly and cable-specific devices in the headend itself.

[On the other hand,] in the virtual CCAP solution, in addition to pushing the PHY to the node, we push all of the DOCSIS to the node. And by doing that, we put the DOCSIS where the coax is, which is, in our view, the logical place for DOCSIS. By doing that, you eliminate the physical CMTS completely. It turns the link between the headend or the hub in the node into a fully standards-based Ethernet. Then you can do a lot of unification of the fiber transport for residential services and business services.

The benefit of all is this is that you can eliminate all the cable-specific equipment from the headend, and the headend fundamentally becomes fully digital and Ethernet-oriented.

LR: What do you see as the path forward towards this type of architecture?

White: Obviously [operators are] not going to go ripping out equipment from headends across the country, and they weren't going to do that for CCAP either. I think in either case it's going to be a cap-and-grow type approach initially, and then a migration approach.

LR: What happens in 2014? What are your predictions?

LR: What should we expect from Gainspeed in 2014?

White: We're not ready to talk yet about our specific products and solutions, but we're a huge proponent of virtualizing CCAP and what we call virtual CCAP. I think you're going to start hearing this term more and more as we drive forward. [We're going to] continue working with partners around an ecosystem around virtualizing CCAP -- guys like Juniper Networks Inc. (NYSE: JNPR). We work closely with Netgear Inc. (Nasdaq: NTGR), JDSU (Nasdaq: JDSU; Toronto: JDU). There are a number of different partners that you'll see us working with.

LR: Will you be launching actual products this year?

White: You'll have to wait and see.

Robert Harris 2/24/2014 | 12:30:54 PM
Re: CCAP Obsolete? As an operator, I pushed for the development of the CCAP specifications. But in the intervening years, network trends have changed considerably. QAM-based video growth has slowed while demand for HSD data services has continued to grow 40-50% annually. To accommodate this growth, operators are rapidly splitting nodes (both logically and physically) and converting spectrum to DOCSIS.  But as we project forward, the current implementation of CCAP becomes too expensive – it simply can't provide the necessary savings in power and hubsite footprint.

Looking at other networking environments that faced similar challenges (e.g., Cellular, WiFi, xDSL), we find they distributed the processing related to the physical layer (PHY and MAC protocols) closer to subscribers while centralizing higher layer functions such as subscriber management and service activation. The same approach should serve cable well.

Consequently, I don't believe there'll be a one size fits all approach. In some locations, a monolithic, centralized CCAP will be sufficient. But I expect a distributed and virtualized CCAP approach to be the right answer in the majority of cases.
Reply | Post Message | MESSAGES LIST | START A BOARD 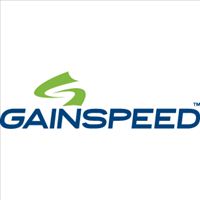 Gainspeed 2/22/2014 | 6:33:22 AM
Re: CCAP Obsolete? We agree that CCAP creates a necessary unified architecture baseline. First-generation CCAP products help address a pressing need, but will not scale adequately to meet the enormous shift to IP-based video, which is driving huge IP capacity growth – accelerating DOCSIS channel adds and service groups splits. To scale the network, we believe that a new "virtualized" CCAP implementation is necessary—one with centralized intelligence and control and distributed processing.

As for cost, leveraging industry-standard Ethernet pluggables provides the lowest cost transport solution for cable operators. And using Ethernet transport enables RF generation to occur in the field as opposed to the hub/headend, which dramatically simplifies deployment and operations and significantly boosts RF performance compared to analog transport.

In addition, the enormous shift to IP-based video makes it logical to push IP/Ethernet deep into the network. With the right implementation, the existing HFC infrastructure is more than capable of serving MSO and end-user customer needs for many years to come at a fraction of the cost of broad-based fiber deployment.
Reply | Post Message | MESSAGES LIST | START A BOARD

Marek Hajduczenia 2/20/2014 | 3:25:12 PM
Re: CCAP Obsolete? I think you should look at it from a different perspective - the end goal is getting fiber out there to the customer. You can do it in baby steps with CCAP being one of intermediate step, ot save yourself the trouble (and a lot of CAPEX) and just invest into fiber all the way where demographies are right and keep the rest of the network as it is today.
Reply | Post Message | MESSAGES LIST | START A BOARD

yaronwar 2/18/2014 | 11:02:32 PM
Re: CCAP Obsolete? This is true. we need to push more and more into the network. But this is exactly where CCAP comes into place. A unifued edge QAM that replaces CMTS, narrowcaat edge QAM and broadcat edge QAM. One RF port that output full 1GHz of bandwidth will replace all of the above, plus lots of RF combiners/splitters and even more wires in the headend. All this will result in lower real estate usage and lower power needed at the headend.

Pushing complwxity into the network will cause higher OpEx and will take a whole new generation of field technitians. Also, 10G links into the network, espevialy long distance (and DOCSIS can go 50 miles without issues) are very costly, not to mention the Ethernet switches that will serve them.
Reply | Post Message | MESSAGES LIST | START A BOARD

albreznick 2/18/2014 | 9:38:11 PM
Re: CCAP Obsolete? Good question. Becausethe headend is getting too crowded and here's only so much power and functionality that can be pumped into it.
Reply | Post Message | MESSAGES LIST | START A BOARD

yaronwar 2/18/2014 | 9:13:55 PM
Re: CCAP Obsolete? In times where the trend is to get to passive access networks as much as we can (e.g.  GPON, FTTLA) I find it hard to believe cable MSO will push more complexity into the distribution network.

Telcos are pushing MSANs (or MSAGs) deep into the network as they have no choice if they want to use the copper last mile. But why should cable go there??
Reply | Post Message | MESSAGES LIST | START A BOARD

albreznick 2/18/2014 | 8:23:28 PM
How many options? I wonder how many different options willemerge for distributing intelligence and key functions in the network. Or will a standadized approach gain consensus quickly? And what will this all mean for CCAP?
Reply | Post Message | MESSAGES LIST | START A BOARD