Following trials in 13 US markets, AT&T has pushed forward with the nationwide launch of AT&T TV, an OTT-delivered pay-TV service underpinned by an operator-supplied Android TV box and designed to help repair the company's ailing video business.

While AT&T TV supports a bring-your-own-broadband model, AT&T is emphasizing the bundling of the new OTT-TV offering with its own wireline broadband service. 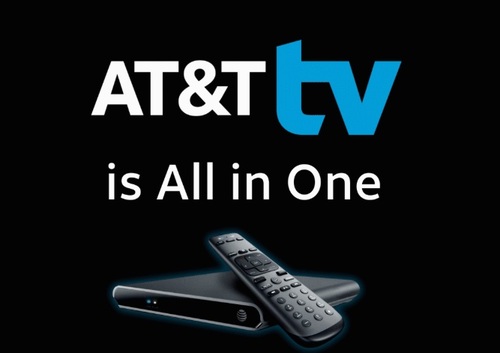 AT&T TV is being delivered to the home on a new operator-supplied Android TV box, complemented with apps for Android and iOS mobile devices.

Out of the chute, AT&T is bundling its new AT&T TV service with its 1 Gbit/s broadband service in select markets for about $80 – $39.99 per month for video and $39.99 per month for Internet service. That offer is good for 12 months when customers commit to a 24-month contract. AT&T is promoting that package through June 27, noting that a $10 "Internet equipment fee" also applies.

Those promotional prices are also good for 12 months before they rise while still requiring customers to commit to a 24-month agreement. After the first 12 months, the price on AT&T TV's Entertainment packages surges to $93 per month, Choice rises to $110, Xtra climbs to $124, and Ultimate rises to $135 per month.

AT&T TV is also hawking two other packages to customers who commit to a two-year contract: Plus ($110 per month) and Max ($130 per month), which also includes HBO and Cinemax and carries an additional regional sports network fee of up to $8.49 per month. 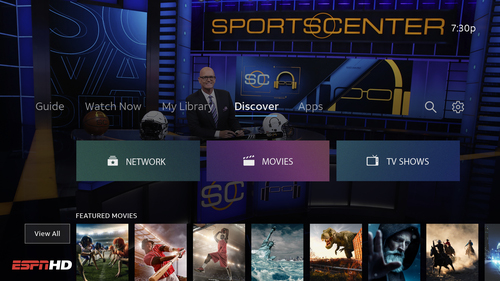 A sample of the AT&T TV interface for Android TV.

To promote the self-install aspects of the new streaming service, AT&T is currently waiving an activation fee of $19.95 for online orders of AT&T TV.

AT&T TV's service centers on a device running the Android TV Operator Tier, a version of the Google platform that enables the device to boot up to the service provider's app while also supporting Netflix, YouTube, Pandora, Spotify and thousands of other apps available via Google Play. The device also supports voice navigation through the integration of the Google Assistant platform and a voice-capable remote, a cloud DVR with 500 hours of storage and up to three concurrent streams per account.

AT&T noted that AT&T TV will also weave in access to HBO Max, the supersized SVoD service from corporate cousin WarnerMedia that is slated to launch in May 2020.

The AT&T TV in-home component is complemented by apps for iOS and Android mobile apps.

Update: While the AT&T TV app also available on streaming platforms such as Amazon's Fire TV and Apple TVs, it currently remains unavailable on Roku's platform. "Roku refused to come to agreeable terms during negotiations, despite our attempts to reach a fair resolution," AT&T said in a statement. "We asked Roku to continue to allow our customers to use our app on Roku devices, but they have chosen to ignore whats best for consumers and are deliberately maximizing disruption. The fact is, only Roku can pull apps from customer devices, and despite our objection, they chose to do so here."

Why this matters
AT&T believes its new, national OTT-TV offering and its use of an inexpensive streaming box and self-install model will drive down operational costs and help to repair a struggling pay-TV business as AT&T continues to de-emphasize its legacy satellite TV and managed IPTV (U-verse TV) offerings. The size of AT&T TV channel lineups and pricing sets up the new OTT service as a direct replacement or alternative to the company's traditional pay-TV services. AT&T continues to sell and market another OTT service, AT&T TV Now (formerly DirecTV Now), as a no-contract streaming option with slimmed-down TV lineups.

The national debut of AT&T TV comes after AT&T lost a total of 1.16 million video subs in the fourth quarter of 2019 and 4.09 million total video subs for all of 2019. AT&T execs have stressed that the worst is behind them now that the bulk of video customers that were on steep discounts and promotions have already fled.

The new AT&T TV service "will really hit its stride" by the second quarter of 2020, John Stankey, COO of AT&T and CEO of WarnerMedia, predicted on the company's recent earnings call.

dwx 3/2/2020 | 4:02:41 PM
Box rentals Why on Earth didn't they just launch this as an app available on existing platforms? Requiring a box on every TV at a cost of $10/mo for additional boxes makes absolutey no sense in today's OTT landscape.  Let's take one of the aspects of traditional wireline TV consumers hate the most and add it to our "modern" product.
Reply | Post Message | MESSAGES LIST | START A BOARD
EDUCATIONAL RESOURCES