In a clear signal that Android TV is gearing up to take a more serious run at the US retail streaming market, Google has struck a deal with TCL to power a new lineup of smart TVs integrated with its operating system.

Per the deal announced late last week, TCL has begun to hawk sets powered by Android TV and integrated with the Google Assistant platform and Chromecast built-in (for casting from the phone to the TV) in the US, starting with new 3-Series 32-inch and 40-inch sets that are being sold exclusively through Best Buy. 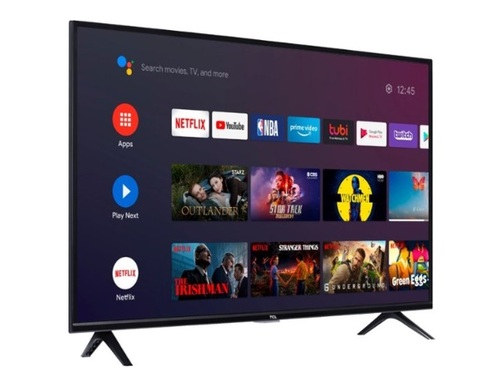 TCL's initial batch of Android TV-powered sets are being sold exclusively through Best Buy starting at $130.

TCL's deal with Android TV complements an existing relationship the TV-maker has with Roku. It also adds a new layer of competition in a smart TV market also being pursued by Amazon (with Fire TV) as well TV makers such as Samsung, LG Electronics and Vizio that sell sets underpinned by their own operating systems and streaming platforms.

Android TV's move into the smart TV sector "is a very healthy move" by Google and for the smart TV market in general, said Colin Dixon, founder and chief analyst at nScreenMedia.

For starters, Android TV will be in a better position to compete more directly against Roku and Amazon Fire TV at a time in which disputes between those platforms and new streaming services are starting to become more commonplace. Of recent note, HBO Max, a new super-sized subscription VoD service from WarnerMedia, failed to get a distribution deal wrapped up with Roku and Amazon before its May 27 national launch.

Such disputes between streaming platforms and content providers illustrate the kind of issues the OTT market will see more regularly if only two platforms dominate, Dixon said.

"Having Android TV step in and offer a third option is very healthy for the market," he said, noting that HBO Max has already broken through on Google Play. "I'm pretty concerned about the chokepoint that could develop with Amazon and Roku."

Google has had some limited success with retail players outfitted with Android TV and much more success working with cable operators and other service providers, including AT&T, that are looking to upgrade their legacy pay-TV offerings with an app-based platform that runs on relatively inexpensive boxes.

Beyond integrations with smart TVs, he recalled that Google is reportedly developing a next-gen Chromecast streaming dongle that will be powered by Android TV and support a separate remote control with an integrated microphone.

The TCL-Android TV agreement appears to have no near-term impact on Roku's relationship with the China-based TV maker.

"Roku and TCL have a strong partnership that started in 2014 and together we've brought our award-winning smart TV experience to millions of consumers in North America," a Roku official said in a statement. "We are very confident in Roku OS advantages and expect our Roku TV model sales to continue to grow. With 16 OEM brands selling co-branded Roku TVs, we believe the Roku OS will continue to help our partners succeed. We look forward to many new Roku TV models coming to market in 2020 and beyond, including the all-new 8K TCL Roku TV."

Last month, Roku estimated that Roku TV models produced and sold by its TV original equipment manufacturing partners account for more than one in three smart TVs sold in the US. Other TV brands that have Roku-powered models include Hisense, Insignia (Best Buy), Sharp, Hitachi, RCA, Philips, Element and JVC.