Mike Hopkins, the former CEO of Hulu who led the streamer's charge into pay-TV, has been appointed to the top video post at Amazon.

According to multiple reports, Hopkins, who most recently served as chairman of Sony Pictures Television, will head up Amazon Studios and Amazon Prime Video. Hopkins will start at Amazon on February 24 and report to company chairman and CEO Jeff Bezos, The Hollywood Reporter said, noting that Hopkins is taking over a role held by longtime Amazon exec Jeff Blackburn.

The move returns Hopkins to the center of the streaming video world at a time when several major studios and programmers have launched or are nearing the debut of their own subscription streaming services, including Disney (Disney+), NBCUniversal (Peacock) and WarnerMedia (HBO Max), with ViacomCBS reportedly gearing up a new, expanded OTT offering too. 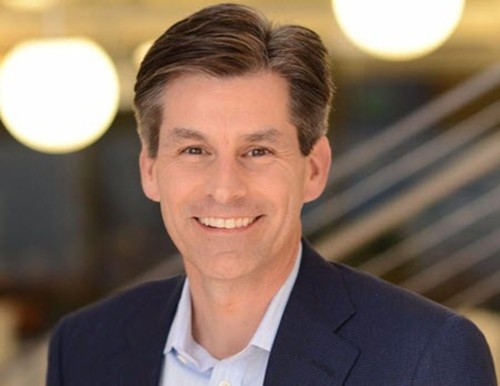 The former CEO of Hulu most recently served as chairman of Sony Pictures Television.

Before rejoining Sony in the fall of 2017, Hopkins spent about four years as the top exec at Hulu. During his tenure, he led Hulu through the launch of a virtual multichannel video programming distribution (vMVPD) service in 2017 and was in charge when Hulu developed original series such as The Handmaid's Tale. Hulu, now controlled by Disney, has become the biggest virtual MVPD in the US, with about 3.2 million live TV subscribers (Hulu also has about 27.2 million subs on its subscription VoD service).

Amazon's video business has focused on the creation of original TV shows and movies, alongside a subscription VoD service that is sold as a standalone and bundled in with Amazon Prime. Amazon has also used its technology to onboard and aggregate streaming services from a wide array of programmers and other content partners, including HBO, Showtime and Starz.

Why this matters
Hiring Hopkins will put a TV industry vet who knows the ins and outs of the video distribution business at the helm of Amazon's popular Prime Video service and a studio that produces both TV series and movies.

"Mike comes to us with over 20 years of industry experience at Fox, Hulu and Sony. He has an extensive track record as a global business leader in media, film and TV -- negotiating landmark content and distribution agreements, running marketing operations, leading product/tech teams, and overseeing production of breakthrough television content," Blackburn said in an internal memo Monday, according to The Hollywood Reporter.

The addition of Hopkins, who is also late of Fox, might also spur speculation that Amazon could pursue an OTT-based pay-TV service of its own that could take advantage of the company's billing relationships with consumers and pump Amazon's Fire TV platform, which now counts more than 40 million "active" users.