GCI, Alaska's largest cable operator, is well down the path of preparing its networks for "10G," an overarching industry initiative focused on symmetrical 10-Gig speeds, low latency and enhanced security.

GCI's playbook for 10G will take a multi-pronged approach as it deploys fiber-to-the-premises (FTTP) networks largely in greenfields, and makes a wide range of enhancements and upgrades to its broadly deployed hybrid fiber/coax (HFC) network. 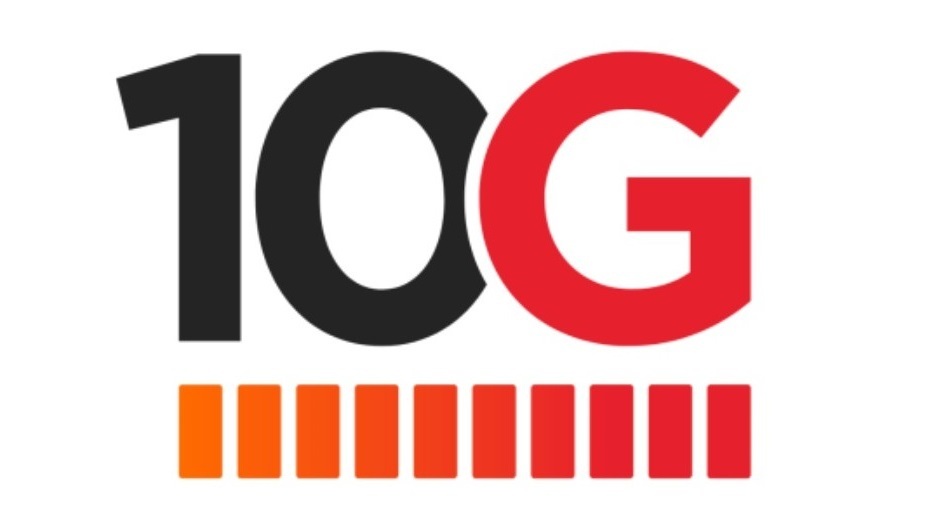 The cable industry introduced its 10G initiative, logo included, at the 2019 CES in Las Vegas.
(Source: NCTA and CableLabs)

Meanwhile, GCI has already gotten aggressive with an enhancement of its DOCSIS 3.1 network that pumps out 2 Gbit/s downstream and 75 Mbit/s in the upstream.

About 80% of GCI's footprint offers the 2-Gig tier. Close to 40% of GCI's cable modem customers are already on the 2-Gig service as the operator moved to upgrade its 1-Gig customers to the new, speedier offering, according to GCI President and COO Greg Chapados.

In preparation for DOCSIS 4.0, a spec that will deliver multi-gig speeds on HFC, GCI is already pushing ahead with a distributed access architecture (DAA) focused on the use of remote MACPHY, an approach that effectively moves the PHY layer and MAC processing of the cable modem termination system (CMTS) to the node. Tied in, GCI is also in the midst of a network upgrade to 1.2GHz (up from about 1GHz today) by installing new passive devices that will support a future move to 1.8GHz.

"When we come back around and do the 1.8GHz upgrades, it's literally just a faceplate swap," Erik Kuhlmann, senior director of engineering and architecture at GCI, said.

GCI, a unit of Liberty Broadband, began to test and introduce DAA last year and is now in the midst of a deeper deployment of the architecture in Anchorage, the state's largest market. "We're taking on a big program to provide remote MACPHY upgrades in all our nodes in Anchorage. The work begins this year and will go to next year ... It's a lot of work," Kuhlmann said.

In preparation, GCI is also moving forward a plan to shift to a "high-split" that expands the amount of spectrum dedicated to the upstream – effectively expanding that range from 5MHz-42MHz today, to a range of 5MHz-204MHz down the road.

And that's for HFC. GCI is also riding EPON for its targeted FTTP deployments. GCI is running FTTP trials in parts of Anchorage, will soon follow in Fairbanks in the coming months and is planning some deployments in the Aleutian Islands. Chapados said the latter example includes new-build opportunities in Dutch Harbor of Deadliest Catch fame. 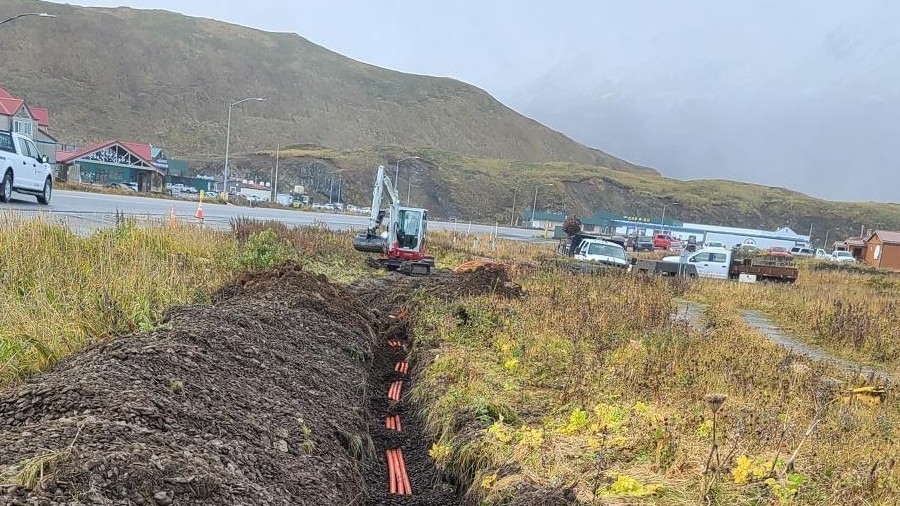 An example of the conduit/trench work GCI has underway in Unalaska in the Aleutian Islands.
(Source: GCI. Used with permission.)

"If we're going to make a choice [in a greenfield], we might as well go to the most future-proofed, lowest operating and lowest-cost solution," Chapados said.

Chapados said the plan is to bring these speeds across the cities and more rural parts of GCI's coverage.

"We're not just talking about brining communities like Anchorage's size, which is 200,000-plus people, but also communities much smaller than that," he said, referencing smaller areas such as Wrangell, Bethel and Petersburg. "It's become part of our mission to try to close the digital divide between rural and urban Alaska. Those are big issues here in the state. And it's a big issue now of course at the federal level with the funding with the BEAD [Broadband Equity, Access and Deployment] program coming out of the infrastructure bill."

Shifting back to the high-split, GCI will open up access to more capacity in that portion of the spectrum by shutting down its legacy QAM video platform and pivoting customers to its relatively new IP- and app-based Yukon TV service.

According to the Yukon TV FAQ, GCI intends to shut down its legacy QAM video service by April 30, 2022, for customers living in Anchorage, Mat-Su, Girdwood and Eagle River, with similar shutdowns to follow in other GCI markets.

"That will help build in the capacity we need for the high-split," Kuhlmann said.

Update: Kuhlmann noted that the QAM turn-down will enable GCI to reallocate about 200MHz-worth of spectrum toward IP-based services. GCI, he added, will start transitioning Anchorage and surrounding areas to a 1.2GHz high-split this summer, followed by Fairbanks and remaining fiber backhaul markets over the next three years. From there, GCI plans to circle back in 2025 and begin the 1.8GHz/D4.0 upgrades in Anchorage, followed again by the surrounding communities, and pursue its plan to deliver 10-Gig capabilities.

Spectrum reclamation benefits aside, Chapados said the move to IPTV amounts to a "paradigm shift" and a "major undertaking" for GCI. "We're moving from a traditional legacy linear delivery of video to essentially a streaming model," he said.