For all the talk of the COVID-19 pandemic highlighting the need to close the broadband affordability gap, a new report suggests the world hasn't successfully applied the lesson.

According to the policy brief, prepared by the International Telecommunication Union (ITU) and the Alliance for Affordable Internet (A4AI), broadband became more expensive for consumers worldwide in 2021 after "years of steady decline." And fewer economies than before meet the UN Broadband Commission for Sustainable Development's "affordable cost target," which stipulates that entry-level broadband services should be available at a level corresponding to less than 2% of monthly gross national income (GNI) per capita in developing economies. 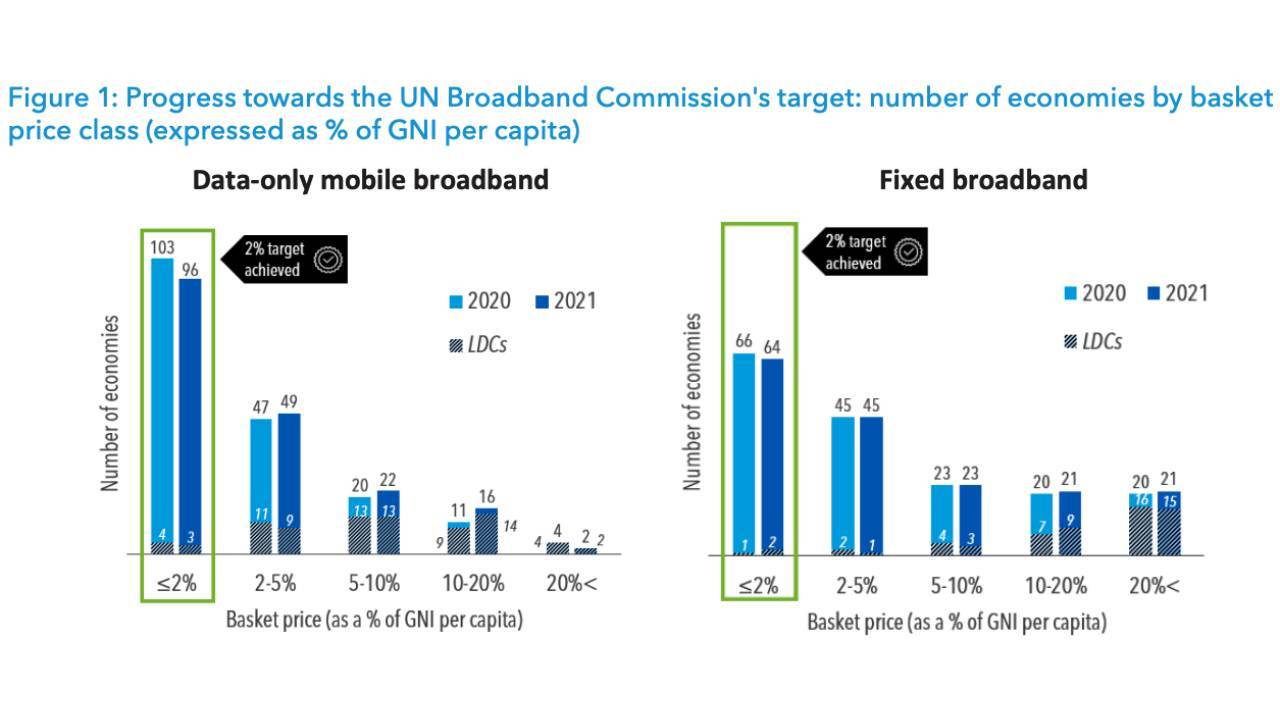 (Source: The affordability of ICT services 2021 policy brief via the International Telecommunication Union (ITU) and the Alliance for Affordable Internet (A4AI). Used with permission.)

But the numbers are far worse in low- and middle-income economies, where consumers spend five-to-six times more of their income on broadband service than those in high-income economies.

Indeed, the report shows that only four of the world's 46 least-developed countries (LDCs)  or countries that, according to the UN, exhibit the least indication of socioeconomic development  meet the UN's affordable cost target: Bangladesh, Bhutan, Myanmar and the Republic of Nepal.

In economies where mobile broadband exceeds more than 10% of GNI, 16 of 18 were considered least-developed countries.

One positive note from the study was that three LDCs did meet the 2% target in 2021 after not doing so in 2020: Uzbekistan, Colombia and Lebanon.

Fixed broadband unaffordable for most

The fixed broadband basket took the prize for the largest price increase between 2020 and 2021, as well as for being the most expensive "by far." As such, fixed broadband remains unavailable for most of the world, with consumers in low-income countries needing to pay 28 times more than those in high-income economies. 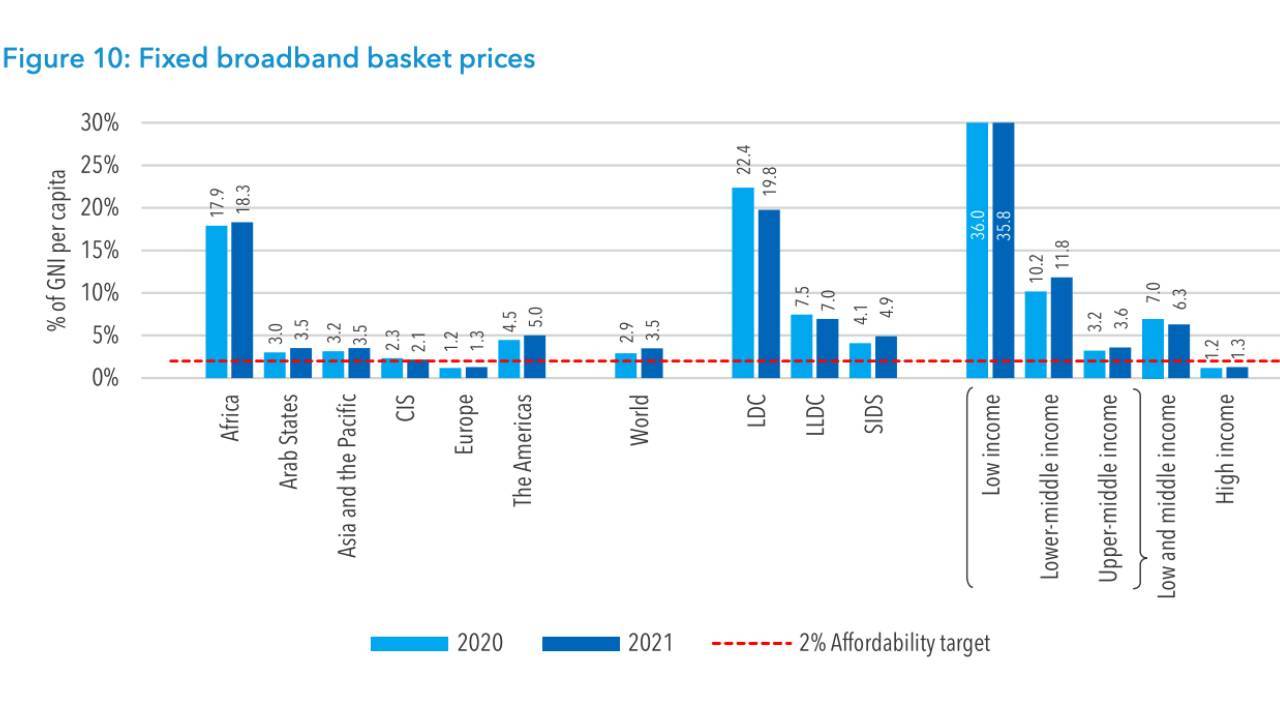 (Source: The affordability of ICT services 2021 policy brief via ITU and A4AI)

But affordability is an issue in all broadband baskets. As the brief points out, while 95% of the world's population lives within range of a 3G mobile network and "theoretically" could access mobile broadband, 2.9 billion people still remain offline around the world.

"These latest ICT price statistics, and especially those on the entry-level mobile broadband basket, clearly show how a lack of affordability contributes to keeping those populations offline," states the report.

The report notes that the pandemic brought about "two main counteracting trends in 2021 that influenced affordability."

While operators and regulators have taken various measures to maintain and extend access to services  and while prices for some services have come down in parts of the world  says the brief, "the real economic impact of the pandemic on national income levels in 2020 made information and communication technology (ICT) services less affordable for many users."

To that end, the report suggests some of these setbacks may be temporary "in economies whose income bounces back to pre-crisis levels."

However, it added that meeting the UN's Broadband Commission target of 2% by 2025 will "require stepping up efforts to enhance affordability, rather than just relying on a return to pre-pandemic levels."