Dish Networks' pay-TV business took it on the chin in Q1 2022, as both its legacy satellite TV service and Sling TV, its OTT-TV service, lost a bunch more customers than analysts were expecting. 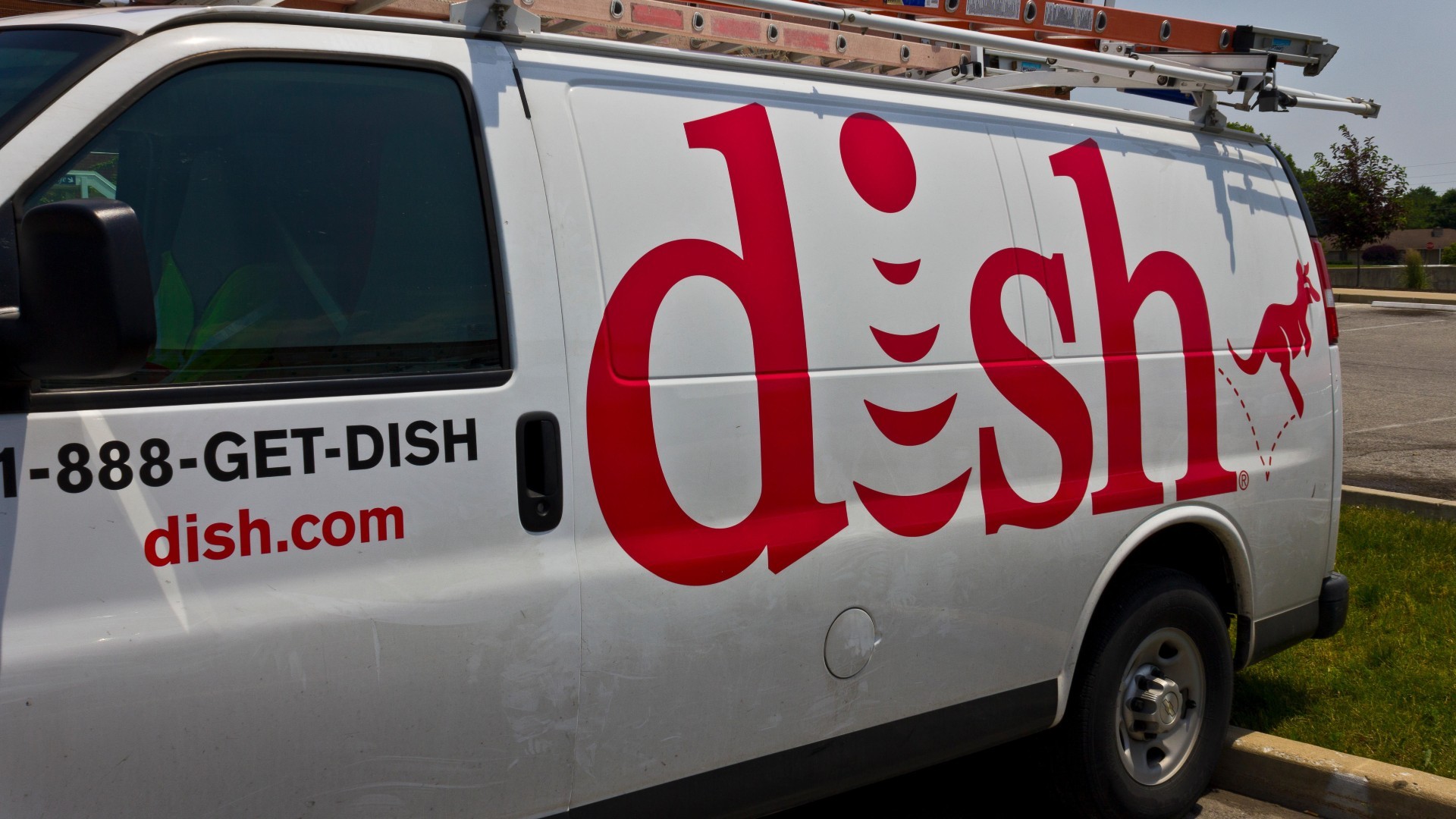 Dish's pay-TV base declined by 7.4% year-over-year, a "significant worsening for the third straight quarter," the analyst pointed out. "Dish lost more satellite TV subscribers than expected, and Sling utterly collapsed."

Moffett noted that Sling TV's base is now smaller than it was at the end of 2017, while Dish's satellite TV sub total is now dwarfed by the 14.3 million it had in its 2010 peak. "There was a time when Sling was to become the lifeboat for satellite TV. That lifeboat is taking on water," the analyst observed. 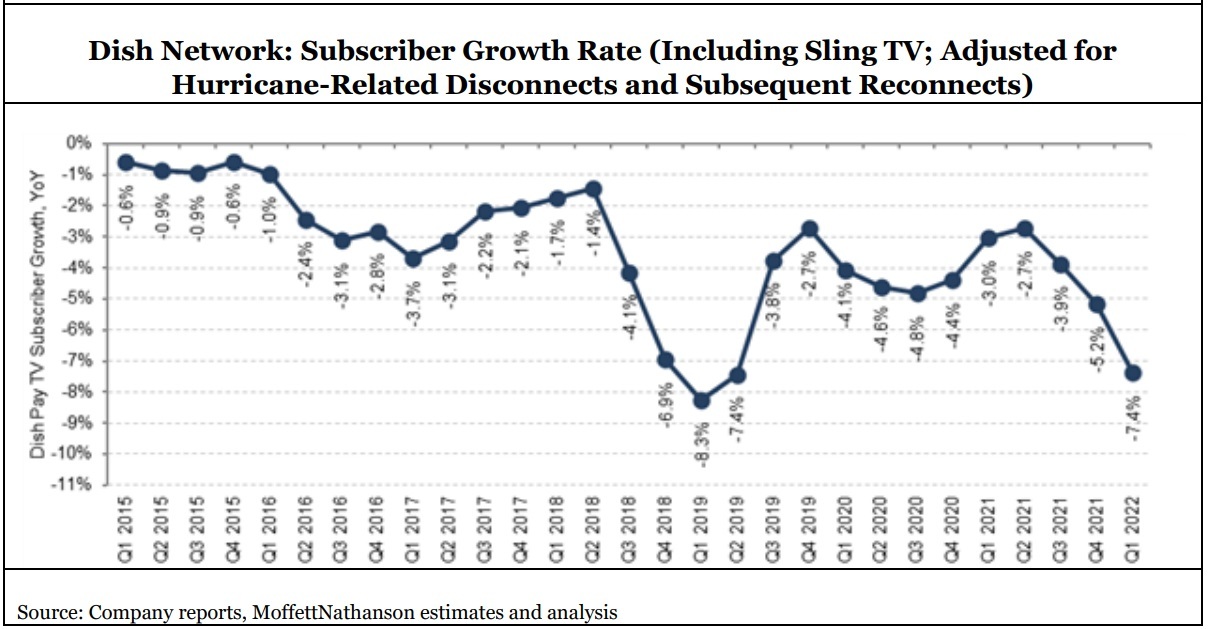 Click here for a larger version of this image. Chart used with permission.

Speaking on Friday's earnings call, Dish CEO Erik Carlson partly blamed the drop on customer attrition following the football season. "But the bottom line is we simply didn't execute to the level we expected," he said.

Dish also attributed some of the video losses to recent price hikes and a carriage dispute with Tegna, which was resolved in February.

Dish Chairman Charlie Ergen suggested that Dish and programmers do a better job working together to improve the pay-TV proposition.

"We've never had better content in the United States than we do now," he said, noting that the heavy ad load for TV is the biggest source of frustration among video subs.

"We need a little more T-Mobile Uncarrier approach to consumers in the video business," Ergen said in a nod to T-Mobile's strategy to develop streamlined and friendly plans and pricing packages for consumers for mobile and, just this week, for its fixed wireless access service for home broadband.