Having just struck a $661 million deal for three WideOpenWest markets that is slated to close in the second half of 2021, Astound Broadband CEO Jim Holanda is eager to get another, much larger one salted away  a $8.1 billion deal that will see Astound get acquired by Stonepeak Infrastructure Partners from Patriot Media.

Holanda, also CEO of Patriot Media, said Stonepeak, a private equity firm with billions in fresh funds in-hand, can provide the kind of "dry powder" necessary for Astound to continue its pursuit of additional M&A opportunities along with the potential to expand its fiber footprint for commercial and residential services in areas that are nearby its existing footprints. 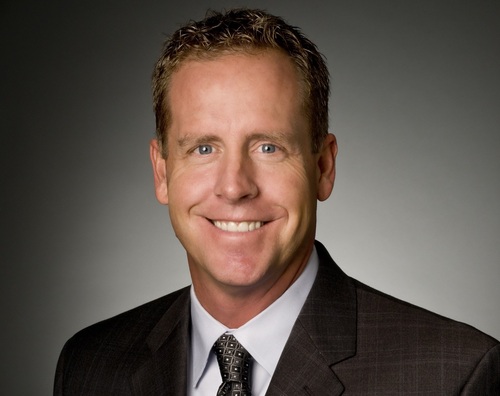 Astound Broadband, a company that owns and operates RCN, Grande Communications, Wave Broadband and enTouch Systems, is inching toward the finish line on the Stonepeak deal. Holanda says 258 of the 259 required regulatory approvals are done, with the California PUC expected to take up the matter in the next three to five weeks. He also hinted that the company intends to unite all of its brands under one brand (possibly as Astound) after the Stonepeak transaction is closed.

That deal, he said, will give Astound Broadband the platform to pursue additional M&A that is accretive, particularly in markets that are adjacent to its existing ones. But Astound Broadband's deal this week with WOW (WOW also inked a deal to sell two other markets to Cogeco/Atlantic Broadband) is a clear indicator that adjacency is preferable, but not a firm requirement.

WOW's Chicago market is adjacent to RCN's operations in the area, and will effectively double Astound's contiguous footprint there. Holanda said he's talked to WOW's management team about how to acquire its Chicago assets for seven years, but those talks did not go very far until this week's deal that enabled Astound to acquire the additional two WOW markets.

WOW's Anne Arundel, Maryland, operation is likewise close to RCN's operations in the Washington, DC, area. However, the deal for WOW's Evansville, Indiana, market is not nearby any of Astound's existing operations. But it is a "well-run system with good customer service and business metrics associated with it," Holanda said, noting that Astound has had some success on the commercial services side in tier 2/3 markets.

When the WOW market deals close, Astound will serve areas with about 4 million homes passed and roughly 1.2 million customers. Astound, Holanda said, is keeping its eye open for more M&A opportunities that are relatively small but still accretive to the business.

"There's certainly plenty of activity and we continue to look at some of these smaller tuck-in acquisitions," said Holanda, an industry vet who is being inducted into this year's class of Cable TV Pioneers. "On the larger ones, we look at what becomes available. If it makes sense for us and it can be accretive, then we'll pursue it. And, if not, we'll let someone else take it."

He was apparently taken aback by the price Cable One paid to acquire the pieces of Hargray it did not already own, and the $310 million Altice USA splashed out for Morris Broadband, a small but growing operator that serves about 36,500 residential and business customers in western North Carolina.

Morris Broadband "went for a crazy high price that we probably couldn't justify, but certainly Altice can  We try to be selective and look at opportunities where they make sense," he said.

Tending to the new pay-TV landscape

WOW and other cable and fiber service providers have taken a "broadband-first" approach that puts a major focus on high-margin, high-speed Internet service and less of one on pay-TV. Count Astound in that group.

"We are of the like mindset with the rest of these midsized operators in terms of video is not important to the fundamentals of the business," he said. "Given broadband's importance to the business, whatever the customer wants to do from a video perspective is what we want to support."

Astound, which serves several major US markets along with a customer base that tends to skew younger, has launched IPTV services in partnership with TiVo, but it's also teaming up with direct-to-consumer streaming video services.

"Whether they [customers] want to go direct to providers or through us, we really are indifferent to that," Holanda said. "We just want to make sure we have happy broadband customers and have whatever video is relevant to their particular situation."

Notably, RCN and Wave were among the top eight among major ISPs in PC Mag's latest "Fastest ISPs" study.

Led by the MVNO-related efforts of Comcast, Charter Communications and Altice USA, mobile is starting to become a key cog in the machine of cable operator service bundles that are largely being led by home broadband. Mobile's not yet part of Astound Broadband's play, but Holanda says he's keeping an eye on future possibilities.

"It is encouraging to see that Comcast and Charter may actually start making money at this after three or four years," Holanda said. "I can't tell you how many MVNO conversations I've had with all four carriers over the last 20 years, but it's a lot. We always continue to explore it to have some optionality."

He said Astound Broadband will keep a watchful eye on the trends and determine if and when the company's customer base wants or demands or sees value in a service bundle from Astound that includes mobile. He'll also keep tabs on how MVNO deals formulate and perform as they start to seep into the next tier down of cable and fiber network operators that have yet to latch mobile to the broadband bundle.

At the same time, he acknowledges that Astound Broadband, despite having the WOW market acquisitions on the horizon, likely doesn't have the geographic coverage needed to offload the volumes of traffic required to make mobile as economically attractive as it needs to be.

"I would say we're not quite there yet. But given the shifts, it's always a potential and we want to continue to keep our options open in terms of MVNO," Holanda said. "At the end of the day, [mobile] is not a very profitable business. Unless you have owner's economics in the wireless space, it's hard for a company our size to justify doing that  We'll continue to keep our eye on it. We'll continue to evaluate it. And, if at some point here in the near future if it makes sense, we never rule it out."

Components makers are in the design phase, but ATX plans to reveal its 1.8GHz product roadmap this fall with a mix of line extenders, multi-port amplifiers and, possibly, a booster-type amp, CTO Jay Lee says.

Following its merger with Zoom Telephonics, a rebranding and an uplisting to the Nasdaq, Minim has set its sights on adding customers worldwide and pursuing new markets, President and CMO Nicole Zheng says.

McLaughlin, an exec late of CommScope and Arris, is sizing up a plan for USTC to be a one-stop shop for telecom distribution and supply chain, replicating what USTC's parent, ETC Group, has already set up in Europe.

There are potential cost savings to service providers by improving 5G network capacity, but the revenue from supporting enterprise applications could be operators' real golden ticket.