This week in our WiCipedia roundup: Philly Tech Week appeals to minority youth; men bring the "dad perspective"; the women of WWDC; and more.

Women in Comms' next networking luncheon is coming up on November 1 in London. Join us during the OSS in the Era of SDN & NFV event for a fun afternoon of networking, lunch and discussion. Register and learn more here. 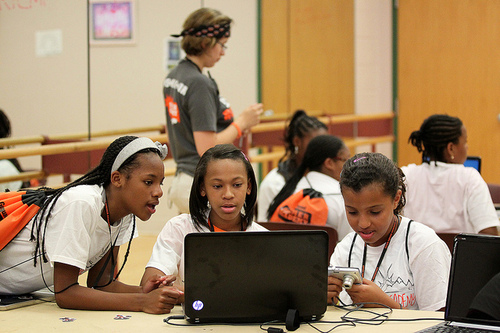 kq4ym 6/22/2017 | 12:11:50 PM
Re: Every Business is a Tech Business It's probably going to be slower going that we desire to get to equality in the workplace as well as socially, but at least some are studying th issue as noted where knowlege is sought to know "where the gender gap stems from to who is responsible for creating change." Probably not going to get 100% consensus on the issue but it get foks thinking and hopefully acting.
Reply | Post Message | MESSAGES LIST | START A BOARD

Mitch Wagner 6/13/2017 | 1:17:05 PM
Re: Every Business is a Tech Business As a general rule, outside of tech companies, only financial services companies have the wherewithal and need to pursue the latest tech for internal use.

GE is the exception to the rule. It's becoming a tech company. Arguably it always has been -- manufacturing equipment and jet engines are tech too!
Reply | Post Message | MESSAGES LIST | START A BOARD

The speaker was CTO of one of the RBOCs, and the topic was one of those border wars between RBOCs and the datacom industry.  He puffed out his chest and said that "we think of ourselves as a high-tech company".  My reaction: "When I think of high tech companies, I think of HP (at the time). I think of Intel. When I think of [his company] I think of guys in hardhats chasing the rats out of manholes." Fortunately, I didn't have an opportunity to publically share that observation.
Reply | Post Message | MESSAGES LIST | START A BOARD

Phil_Britt 6/12/2017 | 7:56:31 PM
Re: Every Business is a Tech Business Mitch and Sarah are both correct. Ignoring the influence and potential of tech is dangerous for any enterprise. But unless the organization is large enough to have many technicians available at a moment's notice, it's better on concentrating on the business -- such as hospitality -- and leave tech to the people and companies that do it full time.
Reply | Post Message | MESSAGES LIST | START A BOARD

Mitch Wagner 6/12/2017 | 11:51:03 AM
Re: Every Business is a Tech Business Alison: "I covered enterprises for years and executive after executive in companies and industries that were very different all said the same thing: 'We're not a hotel/travel/entertainment/banking... company. We're a tech company.'"

I winced when I heard enterprises say that. Actually, you ARE a hotel/travel/entertaintment/banking company. It's just that tech has become vital to delivering on the mission. To lose sight of that is to lose sight of the customer and invite the competition to steal your business.

Ironically, nowadays, it's the opposite. Enterprises are going to the cloud as they realize they are NOT tech companies so they need to let someone else handle it.
Reply | Post Message | MESSAGES LIST | START A BOARD

Sarah Thomas 6/9/2017 | 12:30:29 PM
Re: Every Business is a Tech Business Great point, Alison! And, while it's important to give girls exposure to STEM, we certainly don't need to be forcing them into it. :) Letting them see the value of tech and not fear it or think it doesn't matter, doesn't suite them, etc. within the context of their interests is equally as important.
Reply | Post Message | MESSAGES LIST | START A BOARD

alison diana 6/9/2017 | 12:07:38 PM
Every Business is a Tech Business I covered enterprises for years and executive after executive in companies and industries that were very different all said the same thing: "We're not a hotel/travel/entertainment/banking... company. We're a tech company." With that in mind, I think it's terrific that the Philly organization is encouraging girls to bring a tech focus to the youngsters' interest in fashion or hair-styling or beauty. Sure, we definitely need more women in traditionally male-dominated careers. But educating girls to consider tech's role in ALL industries is vital to their companies' successes. Love that they're approaching this topic the way it is, not the way we perhaps would like it to be.
Reply | Post Message | MESSAGES LIST | START A BOARD