Telecom Italia Drama: What Is Vivendi Up To?

Whether on the football pitch, the operatic stage or in the corridors of political power, the Italians always seem to have had a penchant for theatrics. But it is a French company with nineteenth-century roots that is responsible for the drama now engulfing Telecom Italia.

Vivendi owns just 24% of the former state-owned Italian incumbent. Yet it has effectively seized control of the business, to the apparent disgruntlement of some Italian government officials. What it plans to do with the operator has become a source of fascination both inside Italy and in the wider telecom world. And with a major strategic announcement in the works, this story's denouement could even involve the sale of Telecom Italia's entire fixed-line network, after executives this week declined to rule out a spin-off.

The uncertainty can be traced right back to Vivendi's chiefs, who have never quite figured out whether Vivendi should be a pure media company or one that also has a networks role. Known primarily as the owner of Universal Music Group and the Canal+ pay-TV business, Vivendi also had a sprawling telecom empire until just a few years ago, with businesses ranging from SFR in France to GVT in Brazil. But following a series of divestments, its only notable telecom asset today is Telecom Italia. Like a pizza in a patisserie, the operator does not quite fit in.

Far from regarding Telecom Italia (TIM) as tangential to its portfolio, however, Vivendi has taken advantage of its position as the operator's largest single shareholder to engineer a kind of takeover by stealth. After clashing with a series of Telecom Italia CEOs, it recently slipped its own man in through the back door. Amos Genish, who used to be Vivendi's chief convergence officer, took on the caretaker role of general manager in July, as Vivendi sought to allay concern about its growing influence. He was eventually named CEO last month. (See Vivendi Man Genish Formally Named Telecom Italia CEO.) 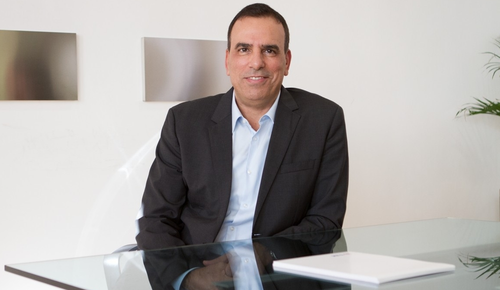 Nor is Genish the only Vivendi man now calling the shots at Telecom Italia. Arnaud de Puyfontaine, Vivendi's own CEO, took over as executive chairman in June, effectively demoting Giuseppe Recchi to a deputy role. With Vivendi men now occupying the top two positions in Telecom Italia, Italy's market watchdog considers Vivendi to have de facto control over the telco.

While Vivendi clearly lacks a controlling stake in Telecom Italia, it has been able to exercise huge influence because most other shares are held by an assortment of non-activist investors. According to Telecom Italia's own website, some 58.13% of shares are in the hands of foreign institutional investors, with 13.09% owned by "other shareholders." Most other investors appear either happy or unconcerned that Vivendi is taking charge.

Yet the French conglomerate evidently faces some political hostility within Italy, where Telecom Italia is seen as a strategic national asset, much as former state-owned telcos are in other countries. Italian government authorities are reported to be seeking a fine from Vivendi. The pretext, coming soon after the Italian watchdog said Vivendi was in control of Telecom Italia, is that Vivendi should have notified authorities of this situation. Vivendi has refuted the charge that it now controls Telecom Italia, but may prefer to pay a fine of hundreds of millions of euros than try to increase the size of its stake. Given Telecom Italia's current market capitalization, acquiring enough shares to give it majority control would cost about 4.2 billion ($4.9 billion).

Next page: Open to a spin-off?