Cisco is launching Decibel, a new, independent venture capital firm to invest in early-stage startups in enterprise technology -- and help keep Cisco relevant as it enters its fourth decade.

Cisco has historically looked to outside companies for innovation, with more than 200 acquisitions in its 30 years as a company. More than one in eight Cisco employees comes from those acquisitions, according to a blog post from Rob Salvagno, Cisco VP corporate development and Cisco Investments, announcing the Decibel launch Tuesday.

"We have a deep bench of acquired founders, many of [whom] play leadership roles within the company today, which continues to reinforce this entrepreneurial spirit," Salvagno says.

Decibel is part of Cisco's innovation strategy, giving the vendor a stake in startups, and a voice in their direction, before other venture firms will even look at the new companies -- and well before they're reasonable acquisition targets. 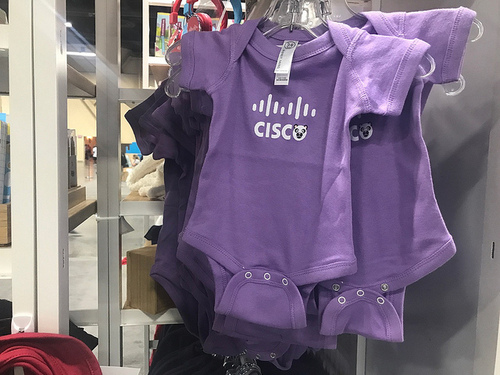 Cisco's current strategy depends on acquisitions it made such as AppDynamics, which provides cloud monitoring for improving application and business performance, and Duo Security. Both were "market defining acquisitions for Cisco," and were nearly ten years old before being acquired, Salvagno says. "How could we put Cisco in a position to play a foundational role in starting the next AppD or Duo?"

Cisco acquired AppDynamics in 2017 for $3.7 billion and it acquired Duo Security for $2.35 billion last year.

Heading up Decibel is Jon Sakoda, who founded his first company in 2001, which he successfully exited. Sakoda then became a respected venture capitalist for the next 12 years, Salvagno says.

Decibel represents "the first time a major tech company has co-founded an independent firm outside of the corporate structure in order to focus on the unique needs of today's entrepreneurs and founders," Sakoda says in a post on the Decibel blog. Decibel's mission is to combine "the speed, agility and independent risk-taking traditional found in the best VC firms" with "the scale, entrepreneurial talent and deep customer relationships found in one of the largest tech companies in the world." Decibel will give the companies it invests in funding, mentoring, and access to Cisco's array of 750,000 customers.

Decibel seeks to push the edge of early-stage investment, providing up to $15 million in investments "at the earliest stage when they need the most help hiring great people, building their product and getting access to customers," Sakoda says. Decibel will partner with angels and VCs "who share this same view and want to have an impact on companies at the earliest stage," he says.

Decibel will go beyond networking, to other enterprise opportunities, including open source, automation, security "or anything else that affects how businesses buy and use technology," according to CNBC. The new firm complements an existing corporate venture group, Cisco Investments, that invests up to $250 million annually in later stage companies. "But early-stage investing is a different beast, as it often requires writing checks for a couple of million dollars or less to smart founders with compelling ideas but little else," CNBC says.

Cisco did not disclose the funding for Decibel, but an SEC document filed in October shows Sakoda is looking to raise $500 million.

Decibel has already made two investments: Blameless, which develops software for site reliability engineers, and CMD, for cybersecurity, CNBC says.