A significant executive change is underway atop a key unit of Arris in the wake of its recent merger with CommScope, as Dan Whalen has left the company and been succeeded by Kevin Keefe as head of Arris's Network & Cloud and Global Services unit.

Prior to the CommScope merger, Whalen was president of Arris Network & Cloud, a division that covers the E6000, the company's flagship Converged Cable Access Platform (CCAP), as well as ongoing development of a virtualized form of the CCAP.

Whalen, an 11-year vet of Arris and an exec late of Cisco Systems and Bell Atlantic, said he exited Arris to take a few months to travel, spend more time with his family and pursue some personal goals he has set before opening the next chapter in his career.

Bruce McClelland, the former CEO of Arris and current COO of CommScope, announced this week that Keefe has agreed to head up the Network & Cloud and Professional Services groups, effective immediately.

Keefe joined Arris in 2013 following Arris's acquisition of Motorola Home, and has been serving in multiple general manager positions at the company ever since. 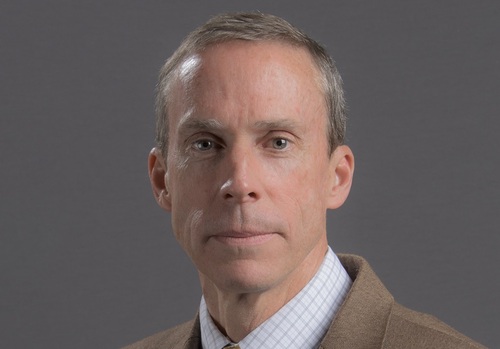 Keefe, who joined Arris via its acquisition of Motorola Home in 2013, has stepped in to run the Network & Cloud business at Arris following the departure of Dan Whalen.

The change comes at a critical time for Arris's Network & Cloud unit, which saw revenues fall 18% in Q1, marked by a drop in shipments of the company's integrated CCAP products. That decline arrived as cable operators pulled back spending as they develop plans to deploy new distributed access architectures and explore how to begin virtualizing their access networks. That development has also had a detrimental effect on other CCAP vendors such as Casa Systems, which saw overall revenues fall sharply in Q1.

In addition to the usual competitive threats posed by rivals such as Cisco and Casa, heat is also being applied to Arris's leading position in the CCAP market by Harmonic. That vendor is trying to elbow its way in with Cable OS, a virtualized implementation of the CCAP that can run on off-the-shelf servers and enable MSOs to pivot away from purpose-built hardware.

"The network architecture and design decisions made today will set the course for years to come," McClelland said in announcing Keefe's appointment. "It's an exciting and challenging time, and they need the kind of seasoned, expert counsel we deliver."