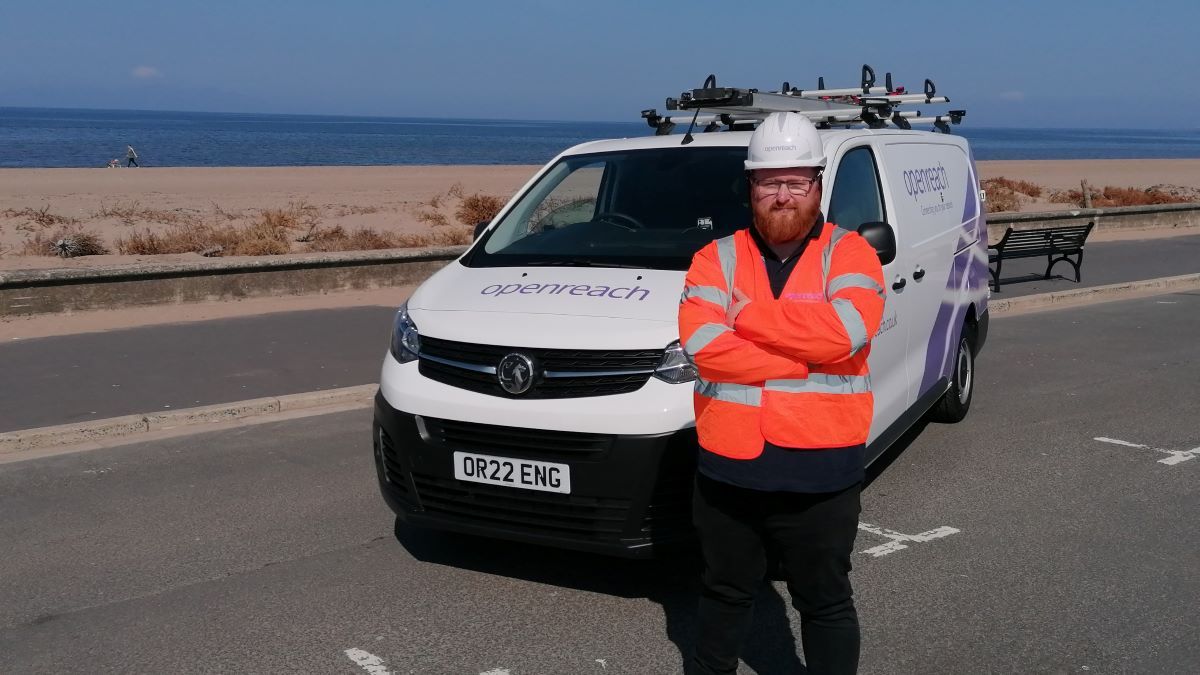 Luke Picken with his prize, a new works van. He would have probably quite liked a fortnight in Ibiza.
(Source: Openreach)