GCI is doing more than going the extra mile to bring fiber to the Aleutian Chain in Alaska. In fact, it's going hundreds of extra miles below the surface of the ocean to accomplish the feat.

Alaska's top service provider is making significant progress on the so-called GCI Alaska United Aleutians Fiber Project, an initiative that will soon start to deploy more than 800 miles of subsea fiber that will serve as the backbone for 2-Gig broadband and other services for communities in the remote, hard-to-reach region.

In this case, we're talking about a subsea fiber that will provide baseline connectivity for more than 7,000 people along the Aleutian Chain in the extreme Western end of the state, which includes the Unalaska region and Dutch Harbor of Deadliest Catch fame.

The $58 million project (funded by a $25 million grant from the US Department of Agriculture's ReConnect program and $33 million of direct investment by GCI) recently reached a key milestone, as more than 3.7 million pounds of custom-built fiber started its sea journey from Germany to Unalaska aboard the 330-foot-long M/V Vertom Thea cargo ship. The image below shows a spool of the subsea fiber in one of the ship's tanks and offers a sense of the size and scope of material that's to be deployed. 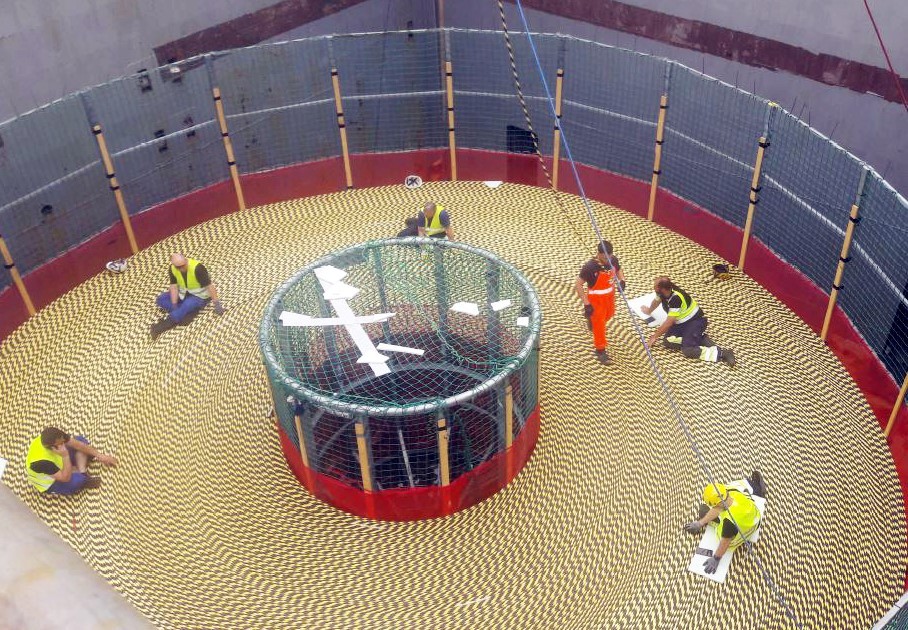 Once the fiber reaches British Columbia, it will be loaded onto two cable-laying vessels to complete its journey across the Gulf of Alaska to Unalaska.

Getting fiber and connectivity to the region "has been a real challenge" and a "unique concept that people don't fully grasp," Heather Handyside, GCI's chief communications officer, explained. "When I say remote, I mean there are no roads for hundreds of miles around. The only way to get there is to fly."

GCI started the bid process in January 2021 and signed the contract in April 2021. GCI followed last summer with a marine survey for the undersea routes to ensure that the fiber avoids potential obstacles such as large rock formations and ship wrecks. The survey was also used to help GCI identify where it needed single-, double- or heavily-armored cable along the route, noted Mike Bertsch, the AU-Aleutians project manager.

"Every foot of this [subsea cable] has been engineered," said Bertsch, who expects installations to start by late July, starting in Unalaska, and to wrap up this fall in Larsen Bay, a town on Kodiak Island with a population of about 80.

GCI is in the process of matching its subsea fiber deployment with fiber-to-the-premises (FTTP) access networks that will deliver services to homes and businesses along the Aleutian chain.

"What we are really trying to convey is that fiber is the great equalizer in Alaska," Handyside said. "If we provide you fiber service, you're going to get the same service that people in Anchorage or Juneau or Fairbanks, which in Alaska are some of our biggest, most urban towns."

Here's a snapshot of topics covered in this podcast: