Wholesale connectivity provider Epsilon is on the verge of turning off its legacy provisioning system, in favor of an automated platform three years in the making that delivers on-demand services through a portal.

The Infiny by Epsilon portal-driven platform lets Epsilon Telecommunications customers, including network operators, cloud service providers and cloud platform-as-a-service (PaaS) providers, turn up services on-demand and manage them as well, including Epsilon's regional and global networks and the local last-mile networks it resells from partner companies.

Developing that capability for every type of service, including off-net and SIP trunking services, meant creating a series of application programming interfaces that allowed Epsilon to present every function within its network as a programmable resource.

This network API strategy has been in process for three years and is now at a point where Epsilon has 50% of its resources automated, with the goal of hitting 100% coverage by the end of the first quarter of 2018, says George Szlosarek, CEO of Epsilon. At that point, he tells Light Reading in an interview, "we will be pulling the plug on the traditional legacy ordering process -- removing the paper, removing the legacy ordering." 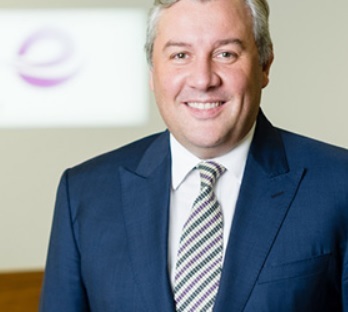 It's a bold move, but one for which Epsilon customers are prepared, Szlosarek says, because of the pressures they face to deliver hybrid cloud connectivity on-demand to their customers. In fact, some of Epsilon's biggest new customers, such as Twilio, are pushing the company in this direction because they have to deliver their services on-demand to enterprises, says Mark Daley, director of digital strategy and business development.

Daley told last month's MEF 17 conference that he led an initiative starting three years ago to identify each box and function within the Epsilon network and then create an API that would allow it to be exposed in an on-demand way via a customer service portal -- essentially creating a layer of abstraction around some legacy systems.

The need for immediate scale is driving the wholesale business to become this automated, says Szlosarek, and the pressure to do that cost-effectively is only growing as 5G and other new services such as software-defined WAN take hold, replacing more static MPLS links. One of the major challenges for Epsilon was being able to automate the connections to its last-mile partners globally, ahead of industry standards for carrier-to-carrier interconnection.

"We are doing a lot of that development work ourselves -- I think we have about 30 APIs now," he says. "We have a strong roadmap of growing through APIs. We have learned a lot and developed quite a bit of capability since we are in year three of this. We have a team that has got quite good at it, not just exposing Epsilon services but unlocking third-party services as well."

Want to know more about automation? Check out our new automation channel here on Light Reading.

Epsilon is actively working with the MEF and its Lifecycle Service Orchestration initiative, which is defining inter-carrier connections, among other things, and hoping to both influence those and take advantage of them, according to both Daley and Szlosarek.

But along the way, Epsilon has built its own orchestration platform and messaging system, Daley says, taking into account that it has widely distributed global platforms, built on legacy capabilities that can't just be thrown out.

"We looked at what we can take out of these boxes, whether they have an API or not, and present them as a programmable resource," he said in Orlando. "So we created an abstraction layer -- and then we started at the other end, and took the Agile approach, looking at what does my customer want to do."

For the second half of 2018, Epsilon "will be focusing more on our real-time communications suite, developing our SIP trunk marketplace. We do have that today around 10 customers, but we will extend to more providers, more countries, presenting all of these services in a unified experience platform for our customers," Szlosarek says.

"We want to provide global ICT solutions in a platform, so they can activate service on Epsilon's core network or on other people's networks, through APIs. We talk about being cloud-native -- that means having products designed to tap into the cloud market as well as platforms that can be self-consumable," creating a situation where "the whole connectivity process is as simple as it can possibly be," he says.