Singapore gets taste of 5G as Malaysia dithers

Singapore and neighbor Malaysia began the year on similar paths to 5G.

Each had built a licensing framework and was aiming to issue spectrum in the first half. Each had a plan to reduce network duplication.

But while Singapore is now getting its first taste of the technology Malaysia is still stuck at the starting line. 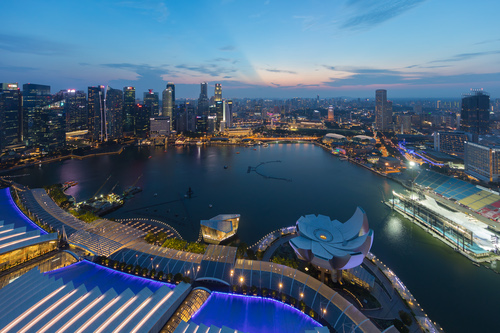 It says the non-standalone network will enable StarHub customers to enjoy early benefits of 5G in the major residential and commercial hubs.

The network, using legacy 2100MHz spectrum, will reach 70% of populated areas by next month, StarHub says. It has unveiled new consumer and business plans and is offering free service for customers who upgrade their handsets.

The operator said commercial service, using 3.5GHz spectrum on a standalone architecture, will start by the middle of next year. That network is being co-built with rival M1, using spectrum issued in April.

The move steals a march on Singtel, the market leader and other 5G licensee. It is yet to reveal the timetable for its 5G service launch.

Meanwhile in Malaysia...
Across the Johor Strait, Malaysia is still recovering from the fiasco two months ago of the communications minister issuing spectrum without a tender.

The decision to grant 700MHz spectrum to four incumbents and an MVNO raised questions about transparency and the entire 5G licensing process, disrupting the regulator's plans for a national wholesale 5G network owned by multiple operators.

The minister walked back the decision within 24 hours, but no progress has been made since. According to the original timetable, the initial 5G services were to start in Q3.

Deputy Communications and Multimedia Minister Datuk Zahidi Zainul Abidin said recently the government still hadn't made up its mind whether to issue 700MHz spectrum to a consortium or to individual operators.

It also is yet to make clear how it will deal with 3.5GHz, 26GHz and 28GHz frequencies.

Maxis Communications, one of the biggest operators, has made public its opposition to the single wholesale network. CEO Gokhan Ogut told a local newspaper it was important to have competing networks.

"There is a need to have redundancy, at least two players. It is even better if you have more competition. You need competition to get the best results. For example, competition in infrastructure building, which is what we have seen in the rollout of 4G."