If Rakuten's Tareq Amin is sick of hearing doubts about his network strategy, he never shows it.

Throughout the pandemic, the chief technology officer of Rakuten Mobile has been on one Zoom call or another, patiently and expertly dismissing concern that his cloud-based telecom network  a first for advanced markets that incorporates all manner of commercially unproven technologies  will not cope with millions of gluttonous data subscribers.

A surge of interest in the 4G service Rakuten launched in April, and its 5G follow-up in September, should conclusively silence a few skeptics. But it remains elusive, and the pace of adoption appears to have slowed in recent months.

When Rakuten reported earnings for the June-ending quarter, it claimed to have about 1 million applications for its mobile service. Four-and-a-half months later, the number has risen to just 1.6 million.

Next to the 80 million smartphone customers served by NTT DoCoMo, Japan's biggest operator, that looks piddling. 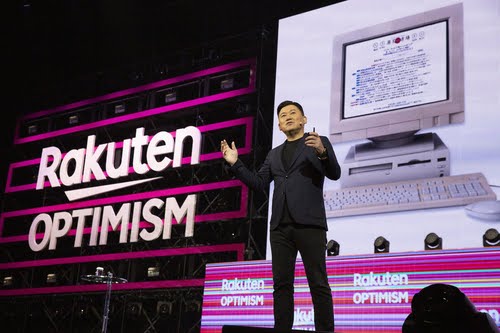 It is probably unfair to expect the sort of revolution seen in India with the launch of Reliance Jio, another "greenfield" operator where Amin carved his reputation.

Like Jio, Rakuten is competing mainly on price, undercutting other 5G tariffs by 70%. Like Jio, it charges nothing initially, providing a free service for a year to its first 3 million customers.

Yet India's mainly prepaid market was highly susceptible to price-based competition. Japan's post-paid market is not, analysts have long warned.

Availability is also a problem. By June, Rakuten had activated only 5,739 basestations. To cover the whole country, it ultimately expects to install between 40,000 and 50,000. In the meantime, it is relying on a costly roaming relationship with KDDI.

Customers in these areas miss out on some of the "unlimited" benefits, negating an incentive to change provider.

Rakuten's answer is to speed up the pace of deployment  by a whopping five years. This means that by next summer a 4G service on Rakuten's own network should be available to 96% of the population, allowing it to sever ties to KDDI.

"We felt that if we compared the cost of roaming and how much we pay for that, the acceleration of the build plan by five years would have significant return on investment for Rakuten," Amin told reporters earlier today.

Regardless of the technology, this will hurt profitability while services are free and subscribers are few. The parent company is bearing the cost. Results published today show that its third-quarter operating loss widened to 39.8 billion Japanese yen ($380 million), from a small profit of JPY1.1 billion ($10 million) last year.

Critics will question if acceleration on this scale is doable. They might also point out that an operator in a territory like Japan would usually have more than 100,000 sites to provide a nationwide service, at least twice the figure in Rakuten's plan. The upstart would seem to be heading for disappointment.

But the pace of site deployment has risen sharply. In June, Rakuten was constructing about 750 sites per month. By December, that figure had doubled to 1,500.

Amin says this was made possible by simplifying the radio designs and automating much of the set-up process. That means activation takes just three minutes, compared with hours on a typical network. His engineering team is one twentieth the size of a traditional telco's, he claims.

Simpler designs have also given the technology a boost, says Amin. "We removed jumpers and connectors and combined passive and active elements, and that eliminates losses that happen in the system." The result of all that has been a 30-40% improvement in coverage per site, according to Rakuten.

The company might still have to step up the pace to meet targets. Another concern is whether an eventual surge in customer numbers will degrade performance. As things stand, the Rakuten service is rated highly by third parties on a range of criteria, and customers look satisfied.

At 29 Mbit/s, average download speed, according to OpenSignal, is only 25% less than its competitors generally manage. The metric is admirable considering that Rakuten has only one sixth as much 4G spectrum, says Amin. But it also caters to a tiny fraction of Japan's smartphone users, critics retort.

They have repeatedly argued that "open RAN" and other Rakuten systems reliant on commodity hardware might wobble under a future tsunami of data traffic.

Amin is dismissive. "We have scaled out and tested and validated this virtual machine ability to handle infinite capacity, largely tied to commodity servers," he says. "I don't lose any sleep about capacity."

A recurring boast of Rakuten is that its embrace of new-fangled technologies and automation has led to huge savings. Its latest estimate is that capital expenditure is 40% less than it would have been with a traditional approach.

For operating costs, it now cites a reduction of 30%. That sounds remarkable given that some technologies were designed solely for Rakuten and not (yet) a global audience.

A tough negotiating stance looks partly responsible. "Large vendors don't enjoy talking to us because we know the exact cost structure of everything," Amin told journalists.

The "massive MIMO" equipment he finally paid Japan's NEC to build cost half as much as Huawei, Ericsson or Nokia would have charged, he said.

In an unorthodox arrangement, he was able to persuade NEC to be a system design house for Rakuten, building to a profitability target that Amin deemed appropriate. Such an approach would not be easy to replicate in countries that lack their own equipment suppliers.

Amin's only real concern, it seems, is about that 4G spectrum deficit. With just 20MHz of paired frequencies, his network might feel a squeeze if customer numbers increase to more than 10 million.

That partly explains why Rakuten also wants to speed up the pace of 5G rollout in urban hotspots, taking advantage of its 100MHz in the 3.7GHz band and another 400MHz in even higher ranges.

"We'd love to see customers consume an average of 30 gigabytes a day," says Amin. "Let it be unlimited."